Keith Curle on the Blackburn victory

Manager Keith Curle gave us his reaction to the 2-0 home victory against Blackburn Rovers in the group stages of the Checkatrade Trophy.

“I think it was important that we respected the competition and I think Blackburn did as well,” he said. “They had some real quality in the overage players they put out and the tempo of the game was very good.

“I know a lot about Anthony Stokes because I worked with him down at Crystal Palace. The young lads beside him will have learned a lot of from him, as they would have from Wes Brown. These are players with good qualities and watching what they do as a younger professional will always stand you in good stead.

“I’ve seen three of Blackburn’s last four games and we will always keep an eye on good players. That’s the same with our scouting network across the country, so never say never.”

“It was a professional performance from us because it isn’t easy when you’re used to a vibrant stadium,” he said. “Tonight it was a third full, compared to the numbers we normally get, so that can be another mental aspect to deal with for the players.

“I thought they handled all of that and a lot of pleasing aspects came out of it.”

“There was an opportunity for our players who needed it to come in and play a competitive 90 minutes and they’ve shown themselves up well,” he continued. “It was a professional approach from the squad and it shows we have people we can call on at the drop of a hat.

“It’s nice to be given food for thought like that because I got to see some partnerships I wanted to have a look at as well. I have to say I’m in a position where if that team had to play again on Saturday it wouldn’t disappoint me.”

On the style of play adopted by his team, he said: “Without being disrespectful in any way we didn’t want to go out and get involved in an under-23 game of football where it’s all very pedestrian and you take turns at having the ball.

“We wanted to have bite about our play and the good thing is that it’s easy for the players to replicate that approach because we demand it from them every day in training. Some of our decision making was questionable at times but, as we keep saying, winning can become a habit.

“The result has kept the good run going and you build momentum like this by not getting beat. We’ve picked up results comfortably along the way but we’ve also had to dig deep, so performance levels will vary. Personally I still think we’re owed a couple of wins from a few games where we might not be as entertaining as we want to be, but we’ll win the points anyway.

“What we don’t do is take anything for granted. There’s confidence in the group and we know everything we get we’ve worked extremely hard for. The focus is on the football team at this club and there are a lot of people behind the scenes who are coming on board to help us. We’re all pulling together and it’s pushing us on.”

Speaking about the Shaun Miller goal, his fourth of the season, he said: “The goal before the break was down to forward thinking and forward momentum. There was good link-up play and excellent anticipation.

“The pleasing thing about Shaun is that he’s going to score goals and get chances. The more we adapt to his style and find him in the right areas the more of a goal threat he will be. He’s part of the attacking style we’re trying to develop here.

“It was another game where we looked a threat and I thought we had continuity in our play through the first half. We lost a bit of that in the second half and we gave possession of the ball away too easily. Then, when we got the ball back, we didn’t move them around quickly enough. That was us trying to rush things without creating the space first and that’s something we need to improve.”

Speaking about the controversy surrounding the competition, he said: “If you have a look at international football the criticism comes that English players can’t play competition football well enough. We see players take their foot off the gas and lose games at European Championships and at World Cups because of it.

“We’re involved in that type of competition with this format and the challenge is to see if we can win our group so that we can see where that takes us. The beauty of this competition is that you just don’t know where it’s going to go.

“What we have to remember is that there’s a fondness for this competition from our fans. We’ve got some fantastic memories from how it was, but it’s changed. A lot of people don’t like change but we’ve played Blackburn at home, with their starlets of the future, and we’ve beat them 2-0.

“Ideally the aim is to come out of this group and who knows where it then goes? It can be very exciting and it’s a competition we want to be part of. Everything we do is about having and maintaining standards, whoever we play against.

“We want to win every game we play. In this competition the prize pot is £10,000 a win at this stage, and that can only help when it comes to the transfer window. Winning games also makes us an attractive team to come and support and I know there are a lot of Carlisle fans out there who want a successful club.

“We need to bang on doors, get headlines in the paper and bulletins on the radio, because we want people down here. We’re trying to create a vibrant club which is at the heart of its community.”

Substitute Charlie Wyke had to leave the field of play just eleven minutes after coming on in the second half but the manager confirmed that it was too early to speculate on the extent of the injury to his knee.

“Charlie took a knock as he seemed to get his legs caught between the opponent’s legs,” he told us. “What we do now is leave it to the medical professionals, and this is where Neil Dalton comes into his own and earns his money.

“He’s had his flip-flops on and his feet up for a few weeks because we’ve had a clean bill of health. We know Charlie is in good hands with Neil and the right things will be done to assess where he’s at, and also to give us the best opportunity to get him back and performing as quickly as possible.”

As to whether or not the injury could speed up a decision on Derek Asamoah, he said: “We have a few trialists here but we don’t do knee-jerk reactions.

“Derek is in with us because I know him very well. There are no guarantees with that because he knows he has to work on his fitness.

“The lad from Chelsea is the same and we won’t rush into decisions on any of these until we know it’s right for everybody. There are other out of contract players we’re still looking at as well, so we’ll see how things develop.” 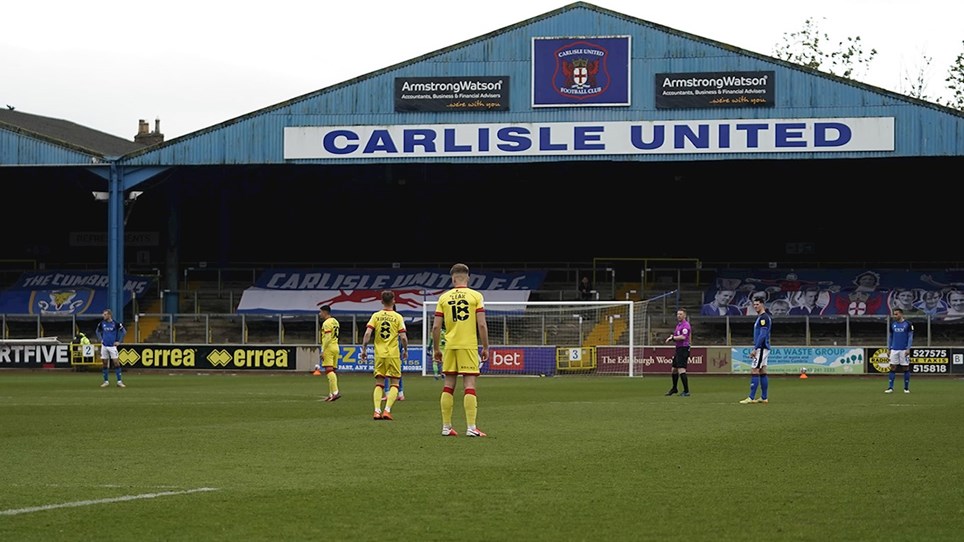