Carlisle United Football Club are proud to welcome veterans / serving soldiers of the King’s Own Royal Border Regiment and The Duke Of Lancaster’s Regiment this weekend.

Initially discussed at a meeting of CUSG [Carlisle United Supporters’ Groups], where veteran KORBR soldier John Ireland suggested a joint celebration of the official Regimental Day and the launch of the Poppy Appeal, the idea quickly took flight and we are delighted that so many former and serving soldiers will be with us to recognise these important events.

The veterans and soldiers will gather in Carlisle on Saturday to celebrate Arroyo Day - the KORBR Regimental Day. They will be joined by a further 100 plus veterans, soldiers and family members who will travel from all over the United Kingdom.

It’s interesting to note that 1 Battalion of the Regiment was one of the most used through over 30 years of troubles in Northern Ireland and many of the soldiers on parade on Saturday have covered multiple tours of duty in the Province. Members also saw service in Aden, Bosnia, Iraq and Afghanistan.

Carrying the match ball onto the pitch on Saturday will be Colour Sergeant David Israel, born and bred in the City of Carlisle. David saved for 23 years, and spent eight years of that service in Northern Ireland. He also served in West Germany, Cyprus, Falkland Islands, Canada and the USA, to name but a few of his postings.

David is a massive and lifelong supporter of his beloved Carlisle United and has already spoken at his great pride and honour to be asked to carry the match ball onto the pitch for a first team fixture, both on behalf of his Regiment and of the Club.

As well as the Arroyo Day celebrations, the veterans and soldiers are helping the club to launch this season’s Poppy Appeal.

This year, The Royal British Legion is asking the nation to Rethink Remembrance by recognising the sacrifices made not just by the Armed Forces of the past, but by today’s generation too.

For many people, Remembrance is associated with the fallen of the First and Second World Wars. While we will always remember them, the Legion wants to raise awareness of a new generation of veterans and Service personnel that need support. 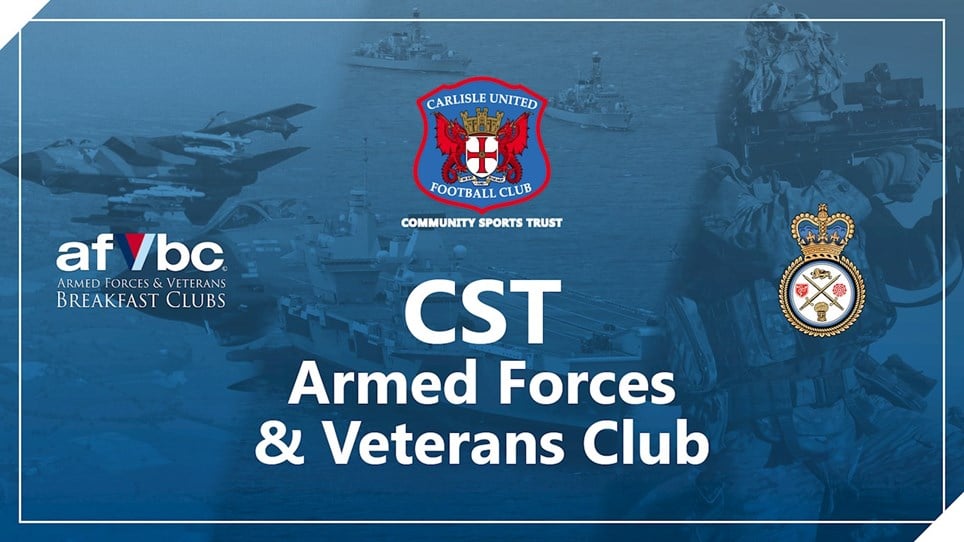