Carlisle head into Monday night's FA Cup second round draw as ball number 21 but they were made to sweat it out by a St Albans City side who showed just how confident they are with the quality of their finishes and the determination in their approach.

St Albans deployed the much talked about long throw with just four minutes on the clock and it was a precursor to the perfect start for the hosts as the clearance was picked up by Junior Morias. He caught everyone on the hop when he ran at the back line and thundered an unstoppable long range shot into the bottom corner.

Carlisle got forward from the restart but loud appeals for a penalty were turned away as Jones tumbled to the floor inside the area. It was good pressure from the visitors but Russell calmed things down when he plucked a dipping Raynes header from under the bar.

City tails were up and they almost doubled their lead when Theophanous was given time to control the ball 30 yards out. A stinging volley headed for the top corner until Gillespie got across to tip it over.

Carlisle finally found a way through the stubborn back line when Ellis timed his overlap to pick up on a long ball over the top. His cut back was ushered behind and City did well to stop Ibehre and Raynes from finding profit from the crosses which followed.

Parity was restored on 20 minutes when Russell raced off his line to intercept a through ball to Wyke. The striker got there first and there was no hesitation on this occasion from Simon Hooper as he pointed to the spot. The reliable Danny Grainger did the rest with a well-placed penalty kick.

A wild shot from Theophanous and a powerful header from Hill signalled that City still had plenty to say, but Carlisle calmed things down as they saw plenty of the ball in midfield through the middle third of the half.

The Cumbrians had their next set of celebrations cut short when Wyke flicked an Adams cross for Ibehre to finish off as it bounced back off Russell. The offside flag went up as soon as the big striker touched the ball.

United reshaped ahead of the break, as Lambe replaced Raynes, and Grainger almost doubled his own tally for the day when he crossed from out wide on the run. It looped over Russell but fell just the wrong side of the upright.

Carlisle started on the front foot after the break, in typical damp FA Cup November conditions, but they couldn't find a way through the stubborn defence as Adams, Grainger and Lambe crossed.

A through ball from Jones asked questions as he sent Kennedy through the middle but Russell spread himself to block twice. Noble then fizzed one over at the other end as City used width to relieve the steadily growing pressure, but Russell was needed between the sticks when Grainger bent a low delivery into the area. Ibehre caught it on the sweet spot and the stopper dropped low to make a great save. Kennedy was interested in the spill but it was swept safely behind.

He wasn't to be thwarted for the Adams corner which followed though as he made a run to the near post. His flicked header whisked into the back of the net as a row of four defenders tried to block it. And he went close again moments later when he jumped high to meet a Jones cross. His header was good but it was right at the keeper.

The lead was short-lived however as Morias showed great skill when he found the ball at his feet just inside the box. He dropped a shoulder, feinted and then picked his spot with a lovely left foot shot.

United were gifted an opening in a good spell when a Russell clearance was charged down by Wyke. He had plenty in support but he put his pass straight back at the keeper.

The nerves were calmed again on 71 minutes when Jones looked up before sending the cross deep. Ibehre was unmarked and he didn't need to be asked twice as he placed his header past the keeper's dive.

Carlisle survived a scramble as Chappell forced Gillespie into a parry. Morias was onto it but brave blocks prevented him from making it a hat-trick on the day.

The visitors made things comfortable when Ibehre showed strength to put a Grainger corner into the top corner, and the result was sealed with four minutes left to play when Russell saved an Ibehre shot. Reggie Lambe stayed alert and he got there first to bundle it over the line.

Louie Theophanous had the last say of the day though when he scored an absolute beauty. He found space and left Gillespie to flap at thin air as he drilled his long range effort into the onion bag.

Kennedy could have added a second to his tally, but for a block on the line in time added on, but it was eventually smiles all round as Carlisle saw the job through.


Lewis Alessandra and Jon Mellish were on target in United's first match of pre-season on Tuesday as they took on Fleetwood Town. 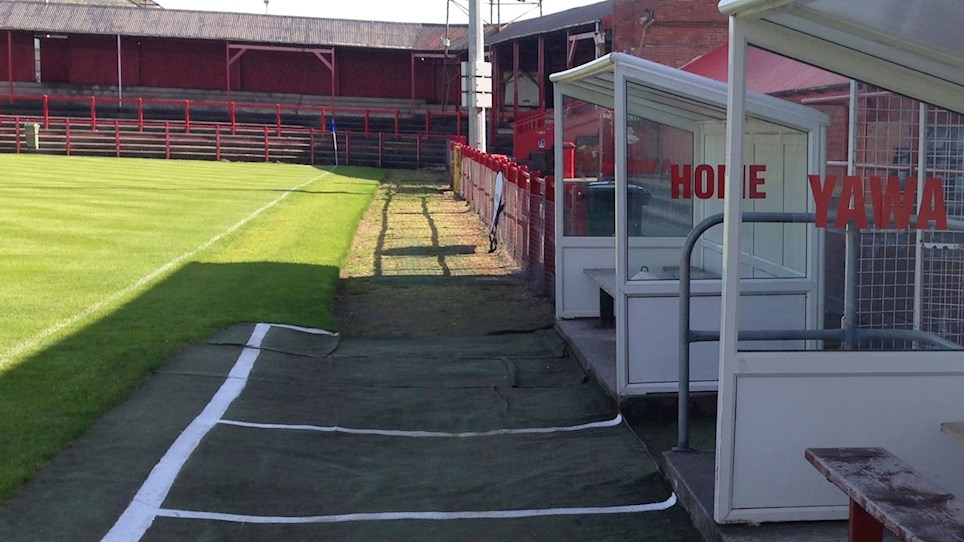 
A young United side bowed out of the Cumberland Cup at the quarter-final stage on Tuesday night as Penrith showed a ruthless finishing streak with goals at key stages of the game.


United met the Blues at Frenchfield Park in their rearranged fixture on Tuesday night as both sides looked to continue their progression in this season's Cumberland Cup competition. 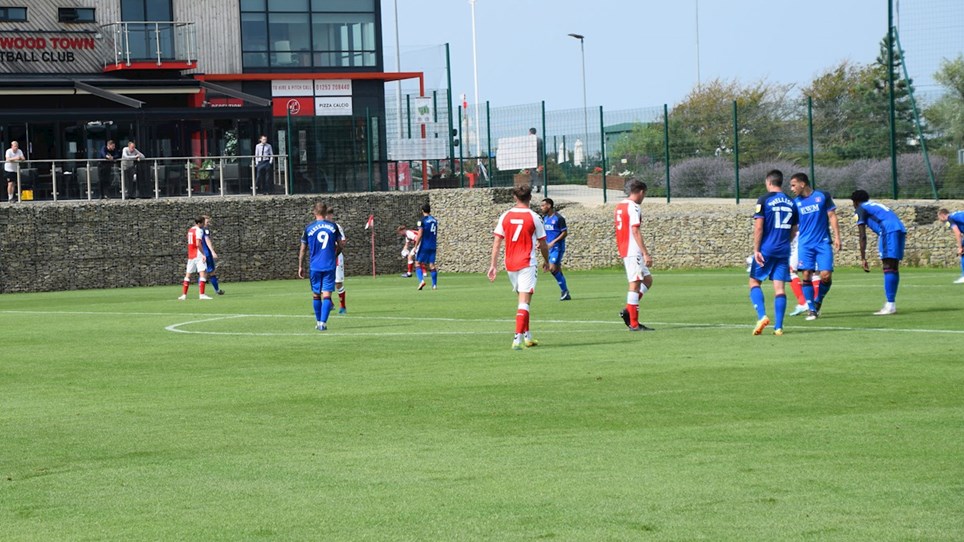 
United were at Poolfoot Farm on Tuesday afternoon as they kicked off their pre-season campaign with an away trip to face Fleetwood at their excellent training facility.


United were back on home turf for the second time in just four days when they welcomed Newport County to Brunton Park.


Just one defeat in nine games had seen United open up a 17-point gap to bottom spot and they were back at Brunton Park to face Colchester as they looked to keep their impressive run going.


Two sides in good form came together at the Abbey Stadium as Cambridge, unbeaten thus far through February, went up against a Carlisle United team who had lost just one of their last eight league...