Keith Curle on a packed itinerary

Manager Keith Curle spoke this week about his packed itinerary as, along with his coaching staff, he continues to cover the miles as he takes in games and scouting missions as he puts medium and long term plans in place.

“We’re being very proactive in covering a lot of miles and games to watch and identify players we think could potentially improve us,” he said. “Sometimes you need to watch individuals a number of times until you’re in a position to make recommendations you think you can then back up.

“I have to say, I’m very happy with the squad I’ve got. We’re where we are in the league on merit and the good thing is that we know there’s still more to come from the players we already have in the building.

“Is there a sense of panic or am I in desperate need to bring bodies in? No, not at all, because I think I’ve got a very good changing room. Having said that, I’m never happy, because I’m a very demanding manager. I want the best I can get. If the board give men ten million quid I’ll ask them for eleven. That’s just the type of character I am.”

Speaking about transfer window activity, he said: “We’re obviously disappointed to be out of the cups. We’re a business, and for us to be successful and to have the opportunity to bring in more players we need to have things like cup runs.

“However, ultimately the club survives on the supporters who come to the games. This is an opportunity for the fans to do their bit. Bring a mate, knock on your next door neighbour and tell them something’s happening down here, because we’re trying to give you everything we’ve got. We have a football club which is desperate to do well for the supporters and for the city.

“Home and away the support is getting better and better, but what we need now is even more people to come. If we get that it generates more money, and we have to remember that transfer activity is dictated by the salary cost management system which has been put in place by the football authorities.

“You can only spend what you’re able to generate. If you don’t generate enough you have to go with what you’ve got. That’s why we need supporters to come through those gates in their thousands. The more paying customers we get in here the more revenue is created for the football club. On from that, the more they can make available for me to spend. If things don’t improve then things stay the same.

“If we start to get upwards of six thousand in here then that is creating a lot of money which can be made available for player acquisitions. Even if crowds go up by 500 on a consistent basis, that’s a lot of extra finances created.

“We’re always looking to improve, and more fans will give us the chance to improve more in terms of how we can do our business.”

On rumours that approaches were already being made for some of his players, he said: “No, nothing has come in. Somebody told me about a rumour that’s been circulated that a Championship club is prepared to match Charlie Wyke's buy-out clause.

“I didn’t know Charlie had a buy-out clause in his contract, so there’s absolutely nothing in that.” 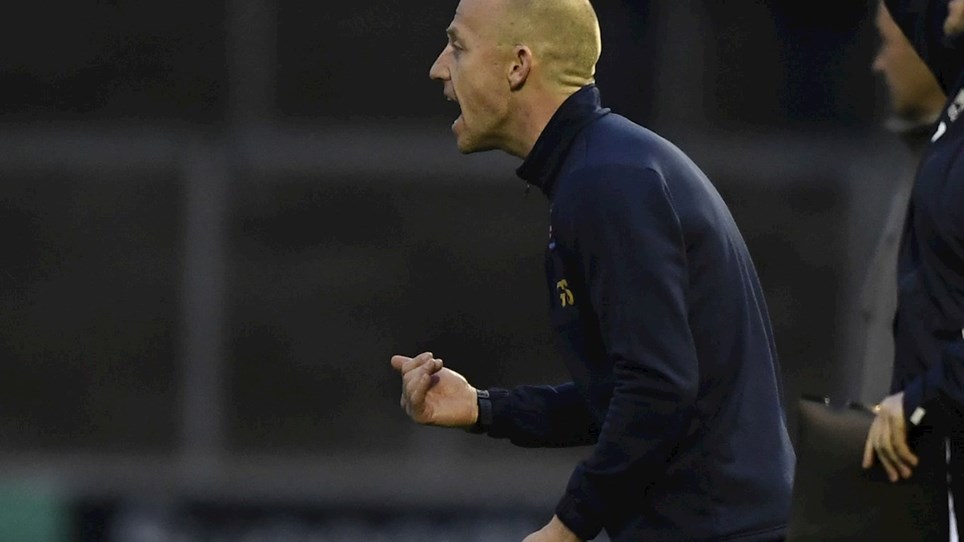 INTERVIEW: We want to go there and perform


It feels like an age since we’ve seen the lads kick a ball in a competitive fixture but we’re finally back in action tonight as we visit Wetherby Road for a third time to face Harrogate Town in a...

MANAGER: We've got to make sure we step on


We caught up with United boss Chris Beech shortly after full time on Tuesday night to get his reaction to the narrow away defeat at Harrogate.


Having created a ‘no excuse’ environment over the first half of this season manager Chris Beech insisted that the challenges to his training schedule thrown up by the weather were not about to get in...


United came away from Rodney Parade on Tuesday feeling pleased with the performance – but also with a slight sense of frustration having created the better of the chances and having held the upper...