Manager Keith Curle confirmed at his press conference this week that talks about contract extensions and new deals had opened with a group of players he sees as key to the club’s continued improvement.

Curle revealed two weeks ago that he’d had an initial conversation with long-serving stopper Mark Gillespie, and team captain Danny Grainger, defender Michael Raynes and midfielders Luke Joyce and Jason Kennedy have now been added to the growing list of players he wants to tie down to longer stays with the club.

“I’ve had preliminary talks with Danny Grainger, Michael Raynes, Jason Kennedy, Luke Joyce and Mark Gillespie,” he said. “They’ve all had first conversations with me, as the representative of the club, to indicate we’d like to speak to them formally.

“What we have to bear in mind is that they’re footballers and businessman, because they’re basically self-employed. The deal has to be right for them but, in terms of their careers, they also have to feel they’re part of a football club that is looking to be successful.”

The quintet of players has already notched up over 500 appearances for the Cumbrians between them and are serving deals which are due to expire at the end of the current campaign.

“You’d probably say the players we’ve mentioned are our elder statesmen,” he commented. “We’re saying that about lads who are 28 or 29-years old who still have four, five or six years of good playing years ahead of them.

“They know what we think of them and there’s no pressure on them in terms of timeframes. They know where we stand and things will progress at their own pace from here.”

Meanwhile he also confirmed that talks are ongoing with a view to securing the services of Newcastle United defender Macaulay Gillesphey beyond his current loan spell.

“I spoke to Macaulay [Gillesphey] on Tuesday to get an outline of where he is, and I’ve spoken to his agent today,” he explained. “John Nixon has left countless messages and we’re waiting for Newcastle to get back to us. They’ve had a busy period and I think it’s always better when we make the phone call on the back of them winning, and going back to the top of their league.

“It’s an ongoing conversation. I’m getting a good feel from Macaulay’s agent because the lad is involved in first team football and he’s played a number of games. He’s getting the exposure his talent deserves and he’s also progressing. He’s made a few mistakes, and he’s had some excellent games, and I can see a bright future for him.” 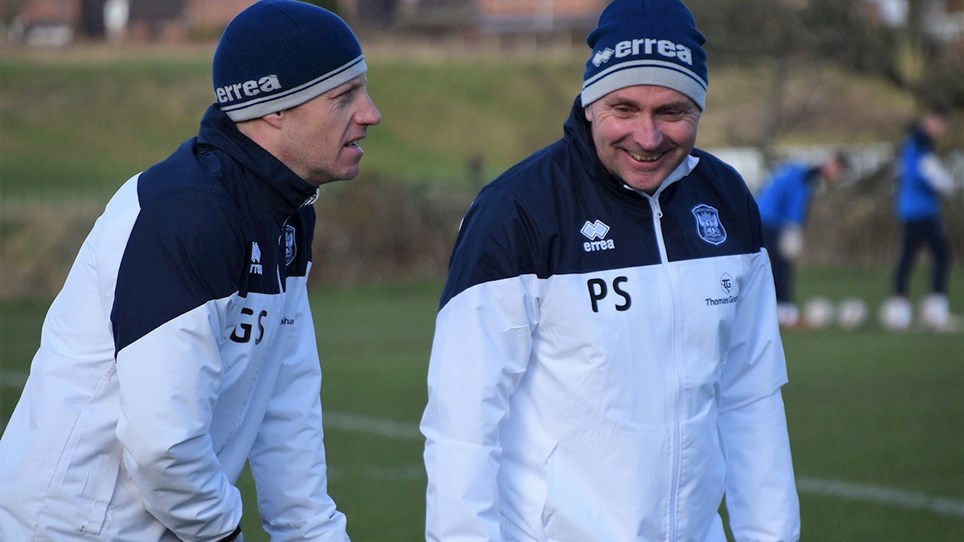