Keith Curle with reaction to the Crewe game

Manager Keith Curle gave us his reaction to the hard earned away point at Crewe on Boxing Day.

“I think on balance of play you’d have to say it was a point earned,” he said. “The first half was quite even until we scored, and I thought we had the dominance after that. If we’d scored the second goal it could have been a different game.

“There was a little bit of frailty about Crewe after we’d got that goal, but they’re a good counter-attacking team and they’ve got good results against some of the so-called better teams in this division. They way they played against us showed why that’s been the case.

“They shaded the second half on opportunities and scrambles inside the box but Mark Gillespie and some of our defenders did very well. Some of our decision making was slightly off but overall we’ve come away with a good point.”

United took the lead when Shaun Miller notched his seventh of the season from a superb through ball from Luke Joyce.

“That was a very good finish and Shaun showed excellent awareness,” Curle said. “It was great link play from Luke when he saw the pass was on. Shaun then showed excellent execution in a one-on-one situation and it was a very pleasing passage of play. It’s one of those where you only get one of that type of opportunity per game and you have to take them.

“I thought his movement for his goal celebration was just as good as it was for his goal because he left a lot of our players behind! We know Shaun will get double figures and he’s well on course to match what he did last season if he can continue to earn his game time.”

“In a game like this, particularly away from home, you do need a second goal to help you along,” he added. “It didn’t come and it was then disappointing to give away a cheap free kick just before half time. It was a good piece of work from them at the set piece, where they moved the end man on the wall, and we know we need to be stronger and more physical in those situations.

“It was a great strike to get it in from there. Mark had set his wall up and he then had to cover the other side of the goal. If it had beaten him there then questions would have to be asked, but with them moving our man he had no chance of getting across to it.”

Speaking about the late claim for a penalty against Tom Miller, as he challenged for a high ball in the box, he said: “I spoke to the fourth official and he had the same opinion as I did. He saw that Tom’s eyes were fixed on the ball as he went to head it.

“The ball hit his hand but it wasn’t deliberate in any way, shape or form. It would have been very harsh had it been given against him.”

On the team selection for the game, he said: “We have 18 fit professionals and we’re down to the bare bones at the moment. We had Jabo Ibehre and Jamie Devitt on the bench, who have the experience to change games, and attack wise we had Alexander McQueen and Derek Asamoah. Ideally we need a little bit more, but we’re dealing with the absences we’re facing.

“We’re identifying players we think have the qualities which will enhance us as a club but the focus is still on those we already have in the building because there’s still more to come from them.”

On the current form, he said: “We’ve played 22 games and lost just once so we have to be happy with that.

“As we’ve said before, we’re at half way point on Saturday and that gives us a good opportunity to assess where we are. We’re getting better slowly but surely and we want that to continue.”


A week without a midweek fixture gives Keith Millen and his staff the chance to get more important work into the players as they prepare to juggle another busy run of games in the coming months. 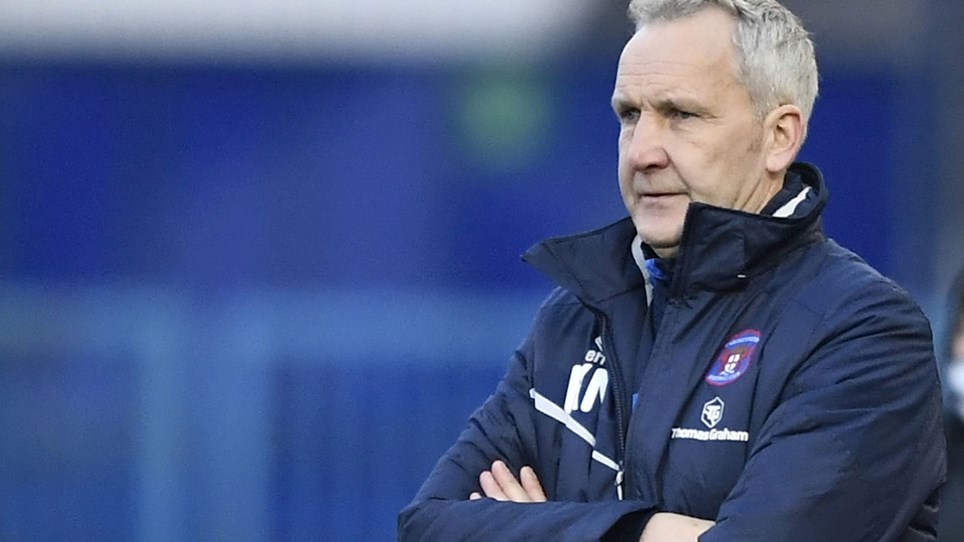 
United boss Keith Millen gave us his reaction to the Sutton game shortly after full-time on Saturday afternoon.