The 2014 season will see a whole new ball game for the Pirelli Richard Burns Foundation Rally with the event’s base 'taking to the terraces' with a move to Brunton Park, the home of Carlisle United Football Club.
This relocation will not only see a tie-up between the organisers of two of Cumbria’s biggest sporting events but will also bring the rally much closer to Carlisle City Centre, a long held ambition of the rally organisers who will again have much valued support from Carlisle City Council.
The Pirelli Richard Burns Foundation Rally, which for 2014 runs over the weekend of 2 - 4 May, has long been at the forefront of British motor sport and in 2014 will start a record breaking 22nd year as a round of the prestigious MSA British Rally Championship, the sports top tier in the United Kingdom.
It also hosts a round of the Mintex British Historic Rally Championship which brings iconic cars from yesteryear to Carlisle, a sight much enjoyed by the thousands of spectators the event attracts every year.
By holding the service area at Brunton Park, and the start and finish in the City Centre, it keeps all  the activity closer together, giving spectators the opportunity to view both the start and the servicing, all within walking distance of each other, over the weekend of the event.
The Pirelli Richard Burns Foundation Rally will use the extensive car parks around Brunton Park as the event service area while the rally headquarters, control centre and media office will be located within the stadium itself.
A spokesman for the event commented: "We are in the 'Premier League' of British rallying so a move to Brunton Park is a perfect fit. We look forward tremendously to working with the football club to provide a great spectacle and to bringing the rally to a venue which is easily accessible to the public."
On behalf of Carlisle United, commercial director Dick Young said: “The football club is delighted to have been approached to host the 2014 Pirelli Richard Burns Foundation Rally at Brunton Park in association with H&H Group, one of our principal partners, who will hold the scrutineering at Rosehill.
"The servicing will take place in both main car parks at Brunton Park and it is our intention to offer refreshment facilities on both sides of the ground to enable families to spend time viewing the cars over the weekend."
The Pirelli Richard Burns Foundation Rally will use some of the external car parks and undercover areas at H&H’s Rosehill site. Brian Richardson, chief executive of H&H Group, said: “The Pirelli Rally is a renowned motor sport event and we are delighted to provide some of our facilities at Borderway for the rally service areas.
"We have been working alongside the football club and the organisers to ensure we meet their requirements and, now that everything is finalised, we are looking forward to being part of the team helping to bring yet another prestigious event to both Carlisle and Borderway next year."
The Leader of Carlisle City Council, Cllr Colin Glover, said: “We are delighted that the Pirelli Richard Burns Foundation Rally will be coming into Carlisle City Centre in 2014. This is a high profile event and one which will give people the opportunity to see the cars close up and to meet and talk to the crews. Carlisle has a growing reputation as a city that does events well and we look forward to working with Pirelli Rally to make it a memorable and enjoyable event."
The Pirelli Richard Burns Foundation Rally was established in 1974. It was then titled 'The Pirelli Tour Of Cumbria Rally' with the first event taking place the following year. Amongst the former winners of the event are ex-world champions Colin McRae, Richard Burns and Ari Vatanen, while local hero Malcolm Wilson has notched up a record four outright victories.
The rally brings to Carlisle not only a large number of competitors and back up crews but also a host of enthusiastic spectators and it is estimated that the rally benefits the Carlisle city’s economy to the tune of some £1.93 million.
As the title of the event suggests, the Pirelli Richard Burns Foundation Rally will see the organising Cumberland Sporting Car Club work closely with the Richard Burns Foundation, which does a tremendous job raising funds for research into astrocytoma, a particular virulent form of brain tumour, which claimed the life of the 2001 World Rally Champion. Richard was also, in 1993, a previous winner of the Carlisle based event and the rally has a close affinity with his memory. The organising team will be going all-out to better the £5,000 they raised for the foundation at the 2013 event.


You’re coming home, and our three-course carvery meal is back to welcome you in Foxy’s Restaurant when Colchester United head north for the opening game of the season on Saturday 7 August (kick off...


Join us in Foxy's Restaurant on Saturday 24 July as we build-up to our first home pre-season friendly of the summer. 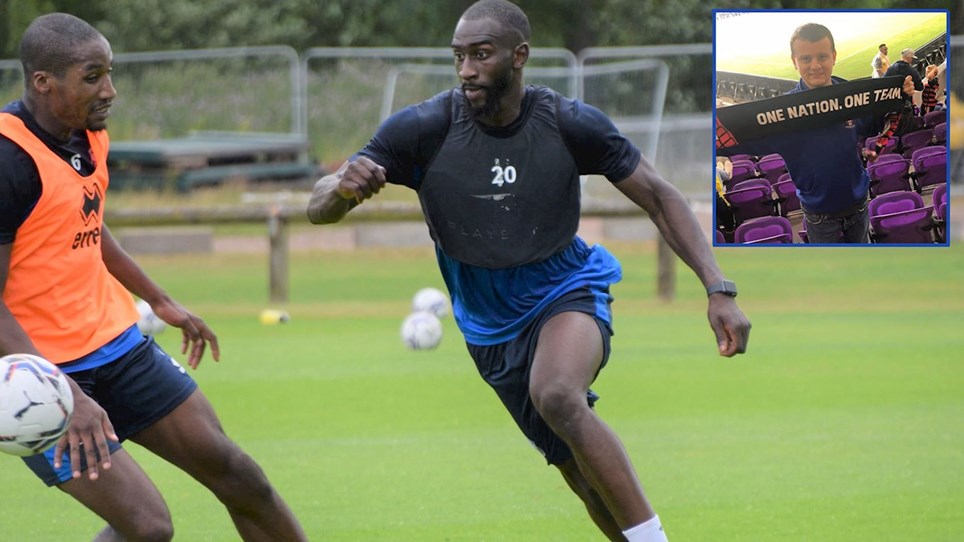 
Our Player Sponsorship packages have been selling quickly again this summer with just a few players and staff members left to be snapped up in what is a fantastic way to get behind the Blues.