United kicked their league season off at the Abbey Stadium - the very place they played their last away league fixture prior to the Covid-19 lockdown way back in February.


United were back in cup action at Boundary Park on Saturday afternoon as they faced fellow League Two side Oldham Athletic in the first round of this season's Carabao Cup.


United kicked off the 2020/21 season with a home game against Fleetwood Town as the teams played the first of three round-robin fixtures in Group A of the EFL Trophy competition. 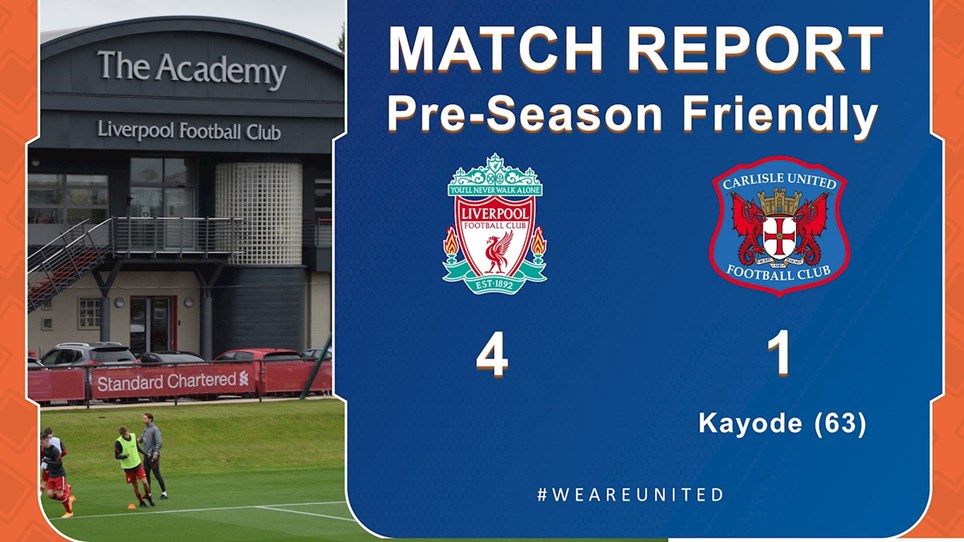 
United were at The Academy in Liverpool to face the Premier League Champion's under-23 side on Thursday afternoon, and it was the young Reds who worked their way to a commanding first half lead.