Carlisle United and Crawley Town were due to hold a minute’s silence ahead of today’s game in memory of Stanley Dalton, the brave little man who captured the hearts of the Cumbrian and wider community as he battled against a rare form of cancer - T-Cell Acute Lymphoblastic Leukaemia.

We all learned at the beginning of the month that Stan had lost that fight, and the club immediately set in motion a plan for us to be able to say farewell.

Speaking this morning, director of football David Holdsworth said: “It’s such a shame that we haven’t been able to say goodbye to Stan in the way that we wanted because of the difficult situation we find ourselves in with games being postponed for a variety of reasons.

“It hurts for us because that little man has been a big part of the Carlisle and Cumbrian community for so long now, and we saw that with the support his family got, particularly over the last year.

“Having fought so hard we can only now imagine how tough it is for his loved ones to be going through what they’re going through, and that was why we wanted to do something on a match day to demonstrate that people are still thinking about them and that the support is still there.”

“I’d like to thank the match referee, Robert Lewis, and everyone at Crawley because they were fully on board with holding the minute’s silence and with displaying a shirt with Stan’s name on it before kick-off,” he continued.

“We also planned to have images of Stan rolling on our scoreboard during that minute, because we felt all of that would have been a fitting way for our part of the community – the football club – to say goodbye to this brave little fella.

“As I say, it is a shame that the weather has prevented us from doing that, but I know the chairman spoke the other day about the need for us to remember people connected to the club who we have lost over the last 12-months, and who we haven’t yet been able to say our farewells to.

“He’s absolutely right about that, and Stan will be part of whatever it is we do. We talk about it a lot, but Stan was a delight when he came down to the club in the summer. He was overawed by the attention he received, but by the end of the visit he was smiling and kicking the ball about, and it was lovely to see.” 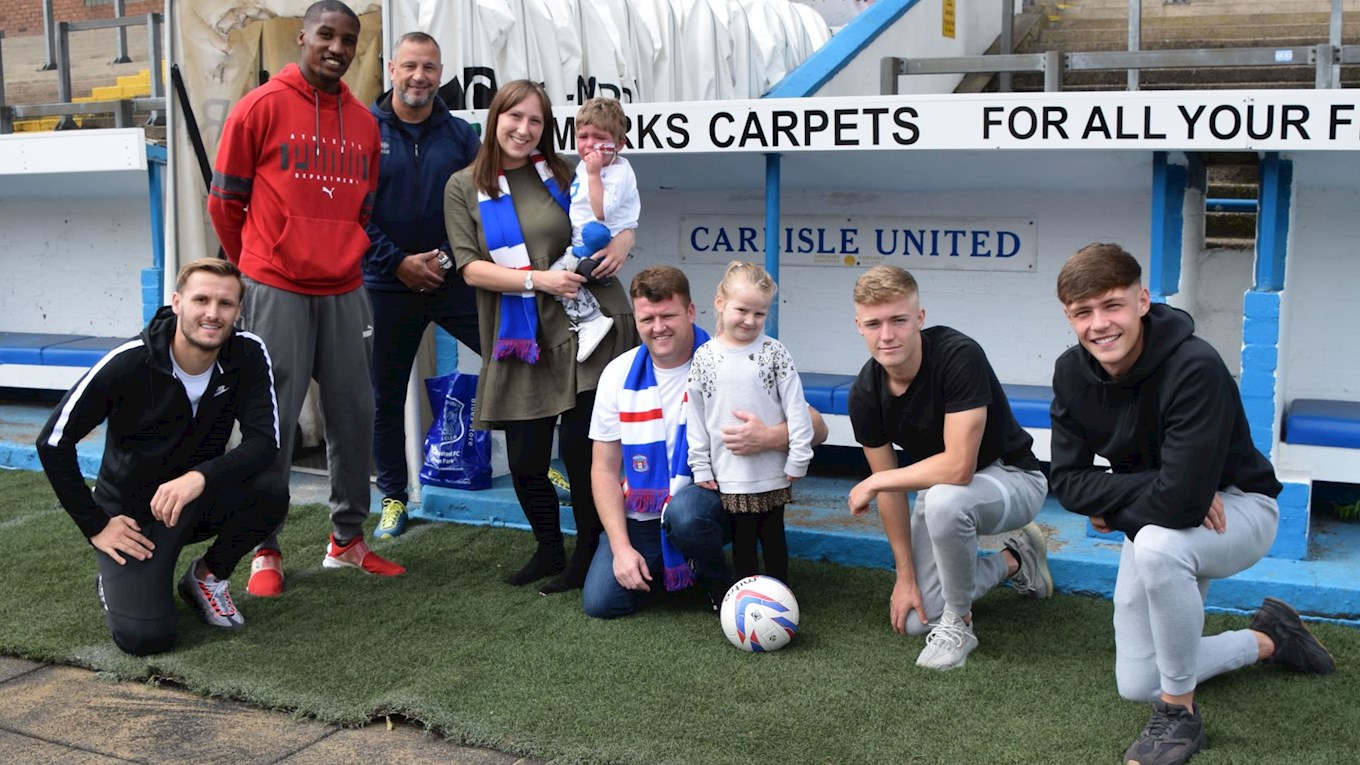 “With the postponements, games being called off in unusual circumstances, dealing with Covid and all of the other challenges we face, they all pale into insignificance when something like this hits so close to home,” he concluded.

“We’ve all watched what Stan’s family have done and been through with admiration and hope, and it does put things into perspective. As a club we recognise the need to support each other, and we’ll continue to do that whenever we can, even if it’s just in a small way.

“It’s with a heavy heart that we say goodbye to Stan, and I’m sure everyone will join me in saying that the thoughts of the Carlisle United community are with his family and loved ones at this sad time.”