United return to Brunton Park for the first time in what feels like an age on Saturday afternoon when they play host to high-flying Plymouth Argyle. 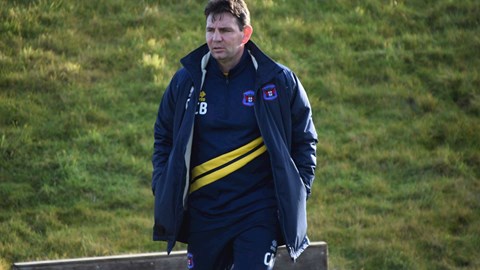 Speaking about the game at his pre-match press conference, he said: “We’ve had nine games and only three of them have been at home, so I really am looking forward to it.

“I’ve enjoyed the games we’ve had here and I enjoyed Boxing Day’s fixture, it was really good. I’m looking for another strong, hard, honest performance from the players, but we’re going against one of the league juggernauts so we’re going to have to be right at it to get what we want.”

“It’s been a hectic period, so it was good to get a full week to prepare,” he added. “The lads had a couple of days off on Sunday and Monday and we were right back at it on Tuesday.

“I think they needed that because you spend a lot of time with each other so it is good to refresh everything and then go again, and we have been back at it and working hard this week.

“They’re bright and sharp but I want to see it in actions rather than just words. The players have been responding and they’ve been supporting each other, and they’ve been doing really well with dealing with setbacks during games.

“That must continue and we have to get stronger because we need to create an opportunity for ourselves to get on a winning run. I know we haven’t conceded in any of my home games, which is good, but I’ll be honest, I’d rather score one more goal than the opponent.

“We all bend stats up or down, that’s what you journalists do, it’s what we do as coaches or managers, to try and get our point across. I’d rather score one more goal than the opponent than keep 10 clean sheets.” 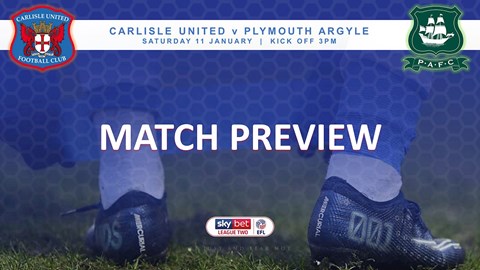 On what we can expect from the Pilgrims, he said: “They’re excellent at manipulating the football, they use the full width of the pitch and generally play with two lads up front.

“They’ve got very attacking central midfield players, players I’ve known a long time who played against my youth teams years ago, Danny Mayor and people like that. They’ll be strong, but we’ve got to go against that and put our footprint in the game.

“They’re a very good side and they play decent football. They get the ball wide, they go for the box and they cross a lot. They have a number of players who can score from outside the area and they have some outstanding individuals.

“They’re in a very good place as a club, they have the new stand open at their stadium, an unbelievable manager and a great facility. They’ll be coming here wanting three points and it’ll be up to us to turn the point we start with into three.”

“I think they’ve got a great manager in Ryan [Lowe],” he told us. “He did great with Bury, especially towards the end when the players weren’t getting paid and there was a lot of turmoil around the club. He’s put his stamp on what they’re doing there at Plymouth.

“It’s easy to throw mud at the wall when people say he had the biggest budget, or the most money, but he managed the club through that turbulence and made sure he got what the lads needed, and what he needed, so he should be credited for that in my opinion.” 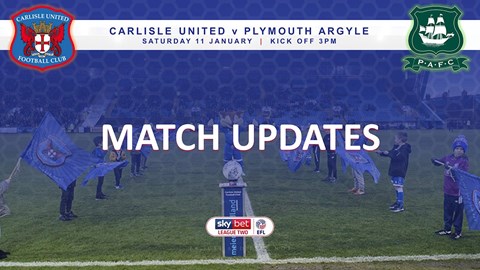 MATCH UPDATES; Hints and tips ahead of the Plymouth game

The game at Cardiff saw the fans turn out in full voice as they supported their team from the first to the last whistle of the encounter.

“I want the fans to see performances that represent them,” he said. “They want to see hard work, players going in for tackles, players tracking back, great skill and great goals.

“Ultimately we have a responsibility to go and get three points, and I’ve been really pleased with how the supporters have got behind us in all of the recent away games, as well as the three home games I’ve had.

“We want to beat Plymouth and represent our supporters in the right way, but of course what you want and what you get are often very different. We’ve got to make sure we get the three points.”

And on the injury situation, he said: “We have none for us, other than Jarrad Branthwaite. Everybody else is good, and Dolly’s confident that the ones that didn’t quite make last week’s squad will be training on Friday.

“Mo Sagaf turned his ankle at Crewe, and he’s done some running. I’m looking forward to him hopefully training today, but can’t confirm that until we see how Thursday has gone for him.

“Christie Elliott was a chest infection, he trained today [Thursday], that was good to see him on the training field.”