Well, what a season that was!

Our final game brings the Saddlers to Brunton Park, with both sides playing for bragging rights as issues of relegation and promotion are settled elsewhere.

A season played out largely behind closed doors has seen the pandemic disrupt everything about the match day, the build-up and preparation, and a lot more besides, and the players have been faced with an unprecedented set of circumstances as they continued their battle to bring something we could celebrate despite all of that.

It wasn't to be, but there's certainly a lot to look forward to next season with many of the players who took us to the top of the table in December already tied up and committed to the club.

Thank you for support, comments, criticisms and presence with us on iFollow and on social media through all of these crazy months. You've been superb.

Here's to more in the way of progression, excitement and thrills and spills when we get back together to do it all again in a few months' time.

Oh, and let's not forget, the game takes place on St Jimmy's Day!

An unbeaten four-game run at the start of April extinguished any doubts about League Two survival for the Saddlers, who had lost manager Darrell Clarke to Port Vale midway through February.

Brian Dutton took up the reins as head coach, and it was initially nervy as he had to wait some 13 games before picking up his first win.

That stats doesn't quite tell the full story - Walsall were hard to beat during that run - but their three wins in four was most welcome through last month, with all tensions being eased.

There was still disappointment last weekend though as they lost their last home game to Morecambe.

Josh Gordon scored one of the two goals that secured a first away win in over three months for Walsall against Scunthorpe two Saturdays ago, and he's been playing well recently.

He suffered a bit of a goal drought, having started the season well, but as part of a three-man attack he can cause some amount of problems.

For the work he does beyond finding the back of the net, we've made him our one to watch.

Over 1,000 supporters subscribe to view our home games and over 1,500 fans subscribe to this service for our away games - don't miss out ... sign up now to back the Blues!

United were first-footers at the Bescot in January 2021 and they recorded a comfortable away win courtesy of goals from Omari Patrick and Josh Kayode.

Our referee for this game is Mr Marc Edwards.

Marc has taken charge of 31 games so far this season showing 100 yellow cards and one red.

We met him for the first time in September 2019 when we beat Oldham at Brunton Park courtesy of a goal in the third minute from Olufela Olomola. There were no Carlisle bookings on the day.

He was here again in December that same year for our 0-0 draw with Grimsby. As with his previous visit, no home names were taken.

Our 3-1 EFL Trophy win over the Villa under-21 side was his next visit to Cumbria. Micah Obiero, Gime Toure and Gav Reilly scored our goals, with Obiero also receiving a yellow card. Danny Devine also went in the book on the night.

Please see above for details on how to purchase a live streaming match pass to see all of the action on iFollow.

Alternatively click HERE to go directly to our iFollow United information page where you can also purchase your match pass - match passes cost £10 per game.

The final game of the 2020/21 season saw United boss Chris Beech make three changes from the side which recorded a dramatic last-minute winner at Orient the previous weekend.

Paul Farman was back between the sticks, with Jon Mellish and Gime Toure also recalled as Magnus Norman and Lewis Alessandra missed out. The injured Ozzy Zanzala was the other who didn't feature.

Midfielder Callyum Guy made appearance number 50 for the club, on a day when he was set to pick up a variety of awards having impressed throughout the campaign.

There was drama before kick off when Aaron Hayden complained of a tight hamstring. Rod McDonald was given the nod, with Lewis Bell added to the bench.

George Tanner set off on a run from the moment the whistle was blown and he brushed Lavery aside before crossing into the box. That was cleared, but Carlisle were there again as Kayode took the throw early. Riley delivered as it came his way, but the Saddlers eventually hooked it clear.

Another good move saw Anderton spread the play when Patrick pulled wide. He found Tanner, and his touch invited Riley to shoot from 20-yards, and to the right of the area. He kept it low but it angled past the upright.

Three consecutive free kicks for the hosts kept Walsall pegged back, and Guy kept the third clearance alive as he pushed Melbourne out of the way. Armer arrived to cross, and Anderton leaped high to meet it. His header had power but it was straight at Rose.

The visitors threatened at the Warwick Road End when Melbourne swung a wicked free kick at the six-yard box. Leak got there, but it glanced off the top of his head and skipped away from the nets.

And the away team came again when Perry fizzed the ball down the line for Wright to control. He did just that, but his cross had too much on it and Lavery could only watch as it passed him by.

Half a sight of goal from distance invited Tanner to try his luck, but his drilled attempt was blocked before it could get close to the box.

Lavery was also presented with space 35-yards out and he pulled the trigger on a shot that swirled and dipped wickedly. Farman parried it and Tanner helped it behind to safety.

The Cumbrians were disappointed not to have taken the lead on 25 minutes when Patrick teased the back line before curling a beauty of a cross through bodies. Armer opened his legs, dived, and connected with a peach of a header that Rose did well to deal with.

There was plenty of action to report and Gordon swept one over the bar for Walsall as he dropped a shoulder when he went on a run. His bearings were wrong and the target was untroubled.

Gime Toure created a chance for himself when he stole possession from Perry right on the edge of the box. He suddenly had just the stopper to beat, but Rose stayed big to make a superb save as the thundering toe poke came his way. The rebound bounced awkwardly in front of Mellish and he couldn't keep his volley down.

Tanner had a go with his left boot after Mellish and Patrick had fashioned an opening, but Rose was once again in the right place at the right time.

The second period started with an Osadebe free kick from wide which found Leak on the move. He couldn't get enough on it as he stretched his neck and it flew into the terraces.

A sprint from Osadebe was next on the agenda and Farman had to go low as the big winger burst into the box. He squared it, but Anderton and Tanner were back to provide vital cover.

Joe Riley had a long-ranger charged down as the game remained in the balance, but chances were suddenly at a premium as both teams stayed tight.

A measured deep free kick delivery from Osadebe found Melbourne with time on his hands with 70 minutes on the clock but he angled his header up and over the bar.

Captain Nick Anderton did well to take a clearance on his chest in response and his through ball found Cedwyn Scott. The striker went for it from the angle of the box but he was also high and wide.

United moved the ball from back to front with quarter of an hour left to go but the cross-shot from Tanner was plucked out of the air by Rose.

Lavery scuffed a 19-yarder along the ground when he turned his man to make room, and Dixon did the same at the other end when he was found by a raking pass from Armer. His cross on the run was just behind Scott, but it eventually came to Alessandra. He tried to pick his spot but he couldn't keep it down.

The final stages brought a scramble in the home area as Lavery broke the lines, but Farman smothered it and it was a share of the spoils and a clean sheet for the Blues as their season drew to a close. 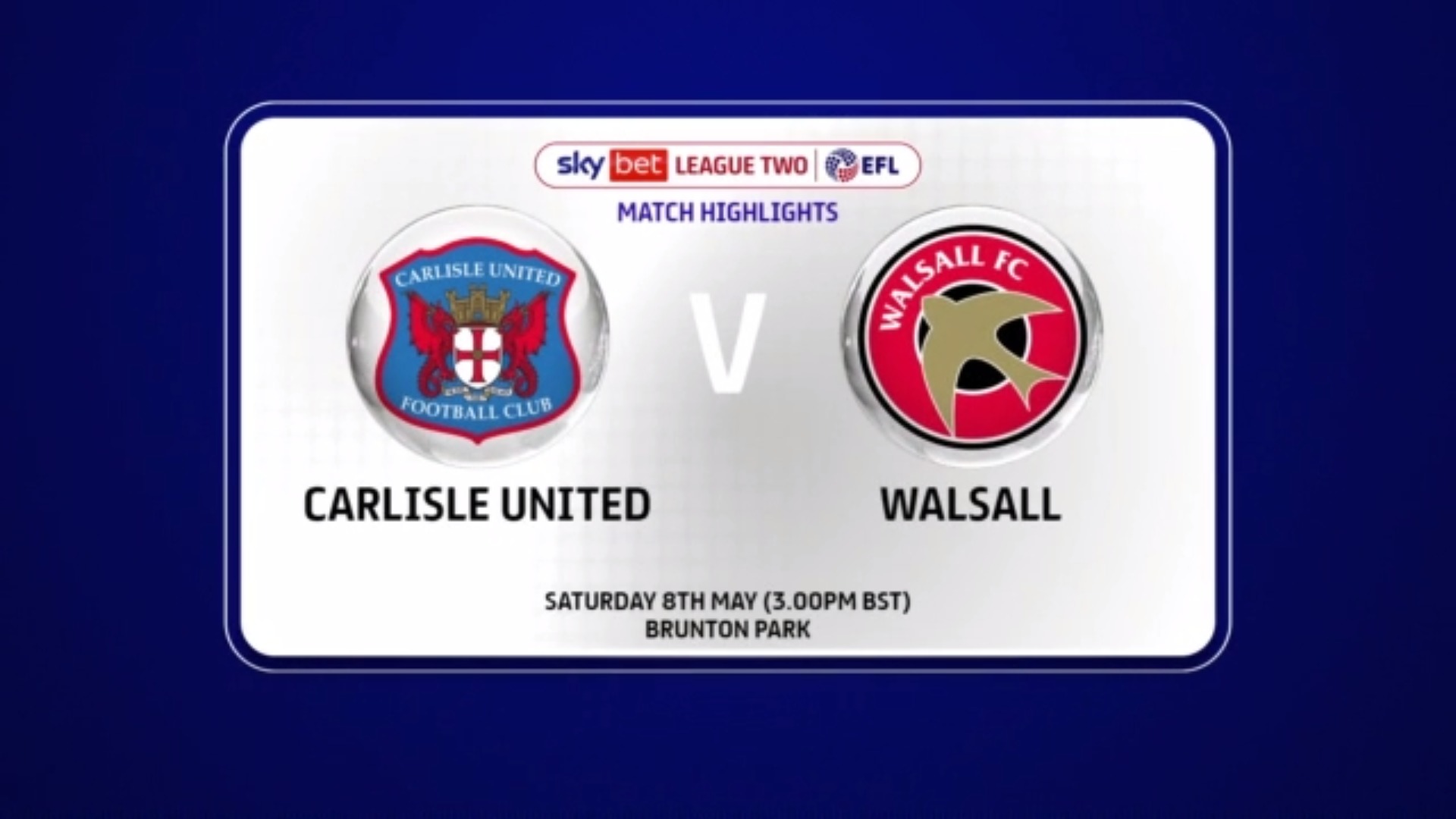 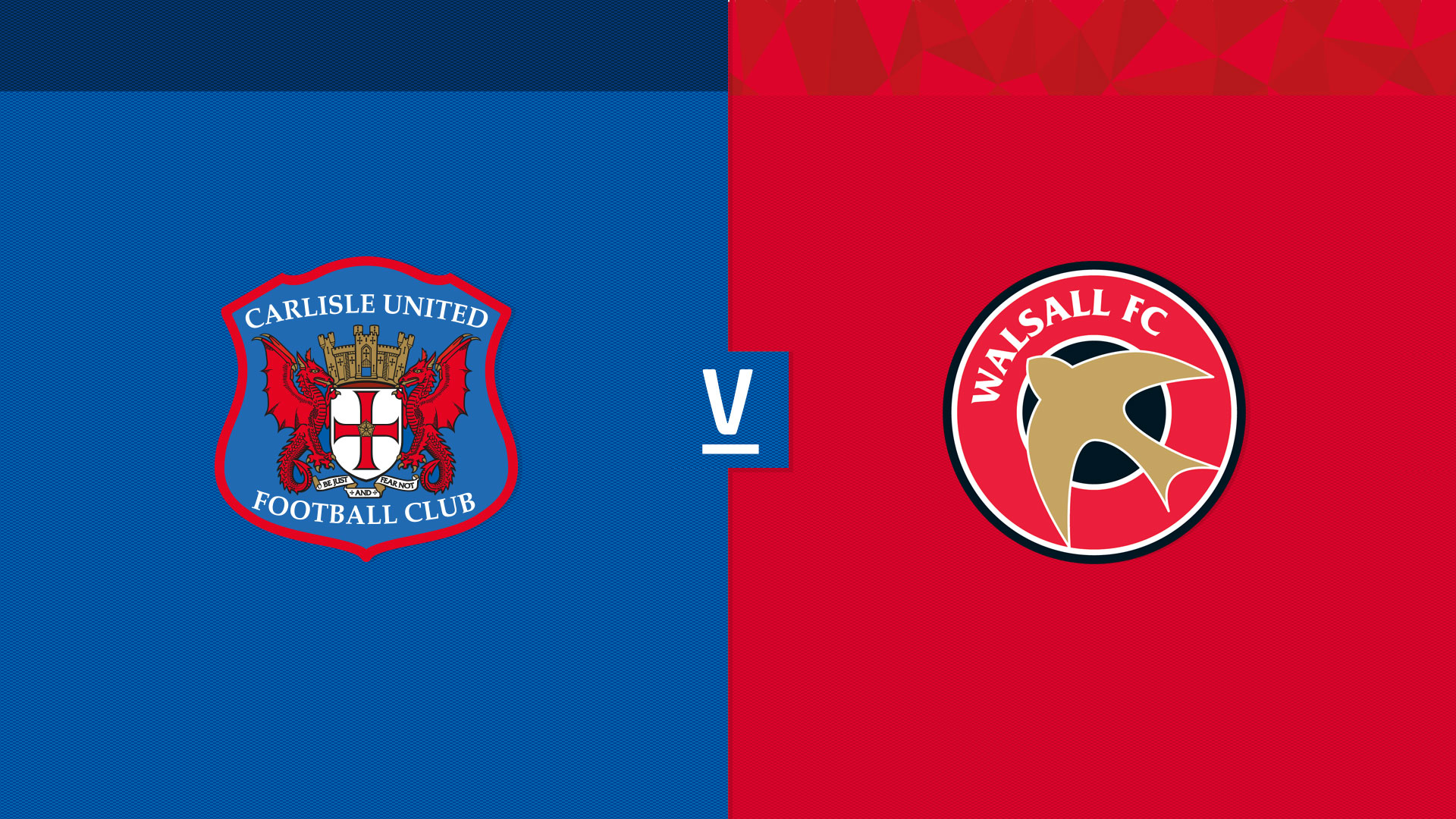 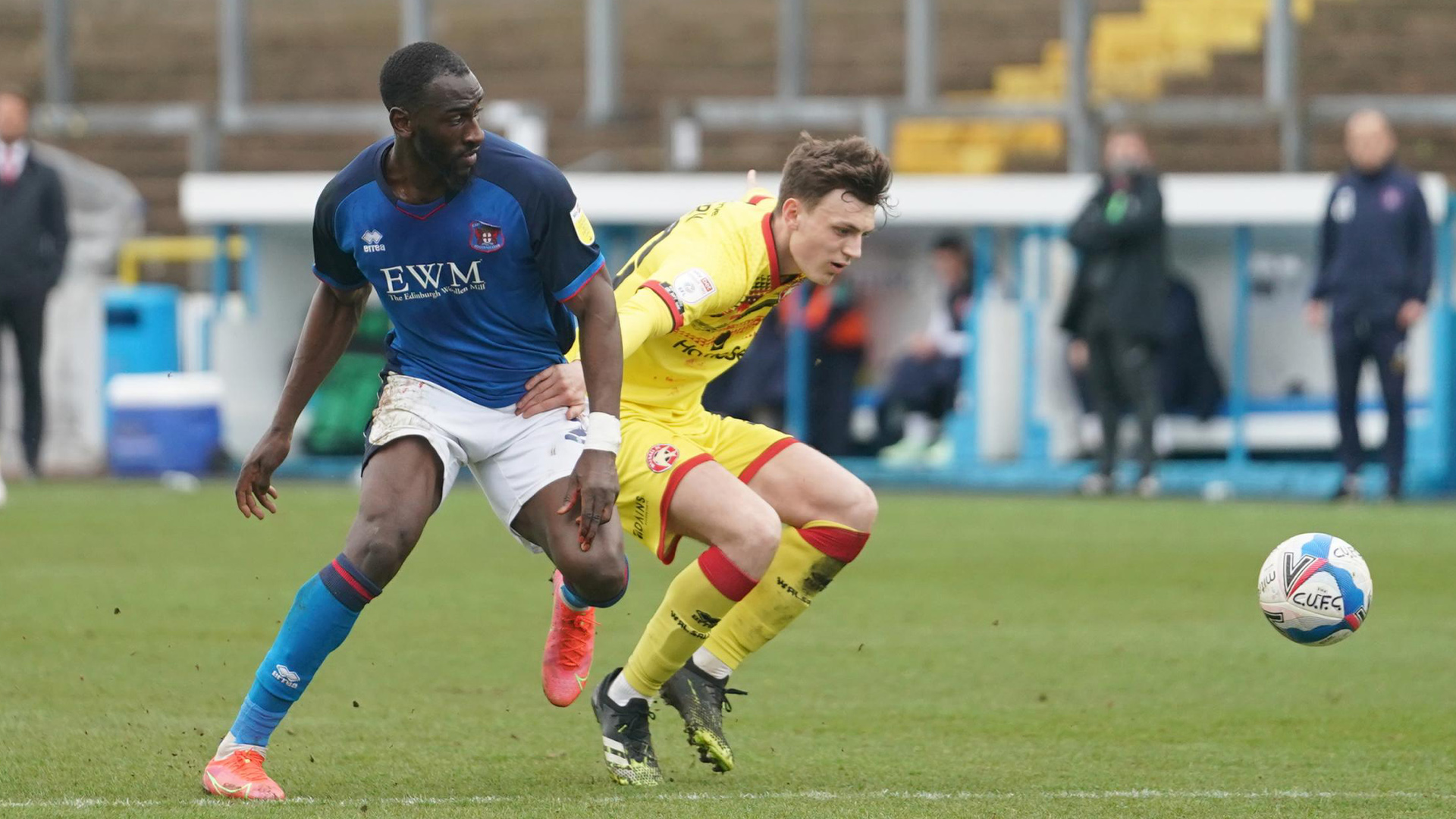