United go to the Peninsula Stadium for the first time in their history, with last season's trip falling foul of the virus.

Salford also suffered postponement setbacks through February but they did manage to slot a home game in against Cambridge ten days ago - and they were glad they did. A resounding 4-1 victory kept them in touch at the top as things remain tight across League Two.

The Ammies also have the small matter of the delayed 2020 EFL Trophy Final to contend with, a date has finally been finalised for the meeting with Portsmouth on Saturday 13 March. Incidentally, the 2021 Papa John's Trophy final should be played out the following day.

Salford hosted Barrow on Tuesday night as they also returned to action and a first half goal from Ian Henderson was enough to add three more points to the tally and propel them up to fourth spot.

Hard to beat and, indeed, unbeaten at home in league action, this weekend's home side had a run of two wins, two draws and just the one defeat from their five outings prior to the midweek win.

Add to that the fact they have the meanest defence (they've conceded just 22 goals this season) and you can see why they are currently riding high.

January was a busy one, with notable transactions including the arrival of midfielder Robbie Gotts on-loan from Leeds.

Heading out the other way was midfielder Alex Denny, who went to Morecambe for the remainder of the current season.

We've gone for the experienced Ian Henderson who is in a good run of form with five goals from his last six games.

Extremely alert in the final third he finds gaps, space and time, and has an eye for goal or for a killer pass.

With over 600 appearances in a career that has spanned almost 20 seasons, his reliability still makes him one of the first names to find its way onto the team sheet.

If you purchased a match pass for the original fixture(s), you will be able to log in and view the game with that pass. If you experience any problems pleas email ifollow@efl.com.

Over 1,000 fans subscribe to this service for our away games - don't miss out ... sign up now to back the Blues!

These teams have met on just two occasions, both of them here at Brunton Park.

We hosted the Ammies in December 2020 with strikes from Lewis Alessandra and Rhys Bennett putting the Blues two goals to the good. D'Ishon Bernard hit back late in the day but it was too little too late the Cumbrians took the points.

The first meeting of these clubs was in August 2019, when the newly-promoted outfit came north for our first ever meeting. An early lead for the Blues from an Olufela Olomola goal was turned on its head as Salford's Emmanuel Dieseruvwe and Danny Whitehead scored in quick succession to put the visitors ahead as half-time approached. Stefan Scougall completed the scoring moments before the break, and that was it for the day as it ended all-square at 2-2.

Our match referee this weekend is Mr Kevin Johnson. He has been in charge of 19 games so far this season showing 52 yellow cards and four reds.

It's just over three years since we last saw Mr Johnson, and that was for our December 2017 visit to Forest Green. Richie Bennett bagged the winner and Tom Miller and Danny Grainger were the visiting names taken on the day.

He was also the man in the middle for our eventful visit to Crawley in September that same year. Hallam Hope scored the only goal, but Richie Bennett (two yellows) and Tom Parkes (a straight red in time added on) were both given their marching orders. Josh Yorwerth was also sent off in the injury time incident with Parkes. Clint Hill and Mike Jones were shown yellow cards for good measure.

This game is behind closed doors. See above for details of how to watch this game via iFollow, our live streaming service.

United made their first ever visit to the Peninsula Stadium on Saturday afternoon as they went up against in-form Salford City.

The Ammies, with only 22 goals conceded, were a stubborn prospect and they were out there to protect their unbeaten home record.

Jon Mellish and Omari Patrick were into the starting line up for the visitors, with Lewis Alessandra and Ethan Walker stepping onto the bench as the Blues went in search of a return to winning ways.

United had an early chance when Patrick went on a surge, only to have his cross blocked. A long throw came in from Kayode, and that was recycled by Guy and Patrick. Kayode showed for it and his clipped cross found Bennett at the back stick. He had to stretch for the header and it went over the bar.

Salford had the ball in the back of the net on five minutes when a free kick was ony half cleared. It sat up nicely for Coutts, but his celebrations were cut short as a whistle blew for an infringement on Hayden.

Turnbull was then allowed to run from deep for the home side and he made his way through the middle of the park, with options to his right. Towell took over and he chose to shoot from distance. It took a deflection and dipped over the bar.

The Blues went in front on 11 minutes when Anderton did some good work to make space. United had plenty in the box and Mellish contested the delivery. It dropped to the edge of the area and George Tanner made no mistake with a sweetly struck volley that left Hladky with no chance.

It became a tight affair, but Carlisle had to defend a wicked inswinging free kick from Hunter which was angled towards Eastham. Bennett was up smartly to clear, and Riley helped to close things down.

Dickenson sent a real teaser of a set piece in at the other end after Kayode had been hauled to the floor, but it was just too far in front of Bennett and Patrick.

Farman expertly saved twice from the predatory Ian Henderson, but the flag was up on both occasions.

Another tense spell saw the action stay in the middle area of the park, but the Ammies probed and Touray put Gotts on the overlap. His cross flashed across the face of goal and Anderton saw it out.

A through ball from Patrick to Kayode brought Hladky from his area to clear, but he smashed it right at Eastham. It was there to strike as it spun out of the air but the red shirts quickly closed the gap.

Patrick was fouled as the clock ticked towards half time and Guy found Hayden with the free kick from wide. He popped it back towards Bennett but Eastham got in the way.

Tanner started the second half as he'd started the first, with a volley from distance. That came after Patrick had twisted past his man to centre. Guy helped it on its way, but the snapshot sailed over the bar.

The Blues won a corner from nothing when Kayode fed Dickenson on the right. He muscled away from his man, but his cut back was cut out. Guy delivered, and Hladky spilled as a header from Hayden came through bodies. It was recycled, and a second header from Kayode had to be gathered by the stopper.

Salford had a real chance on 51 minutes when Henderson swung a pass through for Lowe from the half way line. He had just Farman to beat but the keeper was equal to the challenge as he spread himself to make a superb stop.

It was a good spell for the hosts and Hunter was disappointed when he drilled a delivery into the area. Farman watched it and he was comfortable with letting it go all the way through, with the advancing strikers back on their heels.

Captain Nick Anderton thundered a long-range rasper just over at the other end, and Henderson put a header at the target from just 10-yards out as the Ammies came on the counter. Farman was in top gear once again as he executed another great save.

A training ground free kick routine saw Riley curl wide from 24-yards, after he'd used Dickenson as a bounce board, and it became end-to-end with the red shirts once more on the attack. A cross from Hunter was cleared and Gotts was quickly smothered.

Gotts did find space moments later but a shot on the spin from 12-yards was always heading wide.

Keeper Paul Farman had to backtrack to tip a Touray free kick over the bar as it hung high, but the equaliser came with just over 10 minutes left to play when Towell went on the break. He was thwarted by the excellent Farman, who somehow stopped the crunching effort, but it spun high and fell kindly for substitute James Wilson. He steadied himself before popping it into the net.

The Ammies threw men forward, and United had crosses to deal with, and a low punt from Gotts somehow made it all the way through a packed area.

Anderton had the home defence worried at the other end with a pass that skipped off the surface, and the away side had loud appeals for a penalty when Kayode appeared to have his shirt tugged when he challenged for a high ball inside the box. The referee said no.

Henderson scuffed wide for the home side deep into time added on, when he got on the end of a nod down from Hunter, but it was honours even at the end of what had been an absorbing battle. 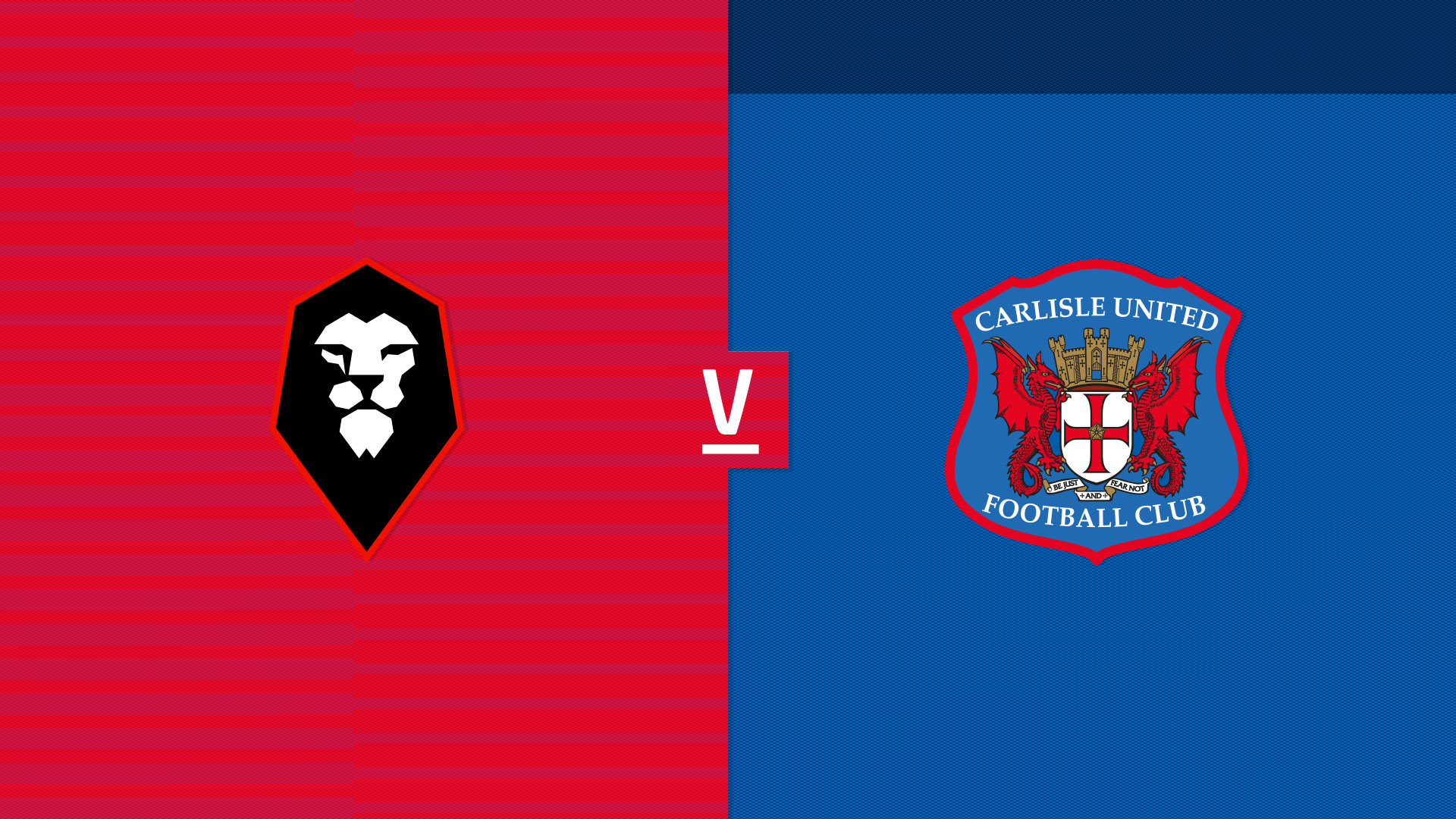 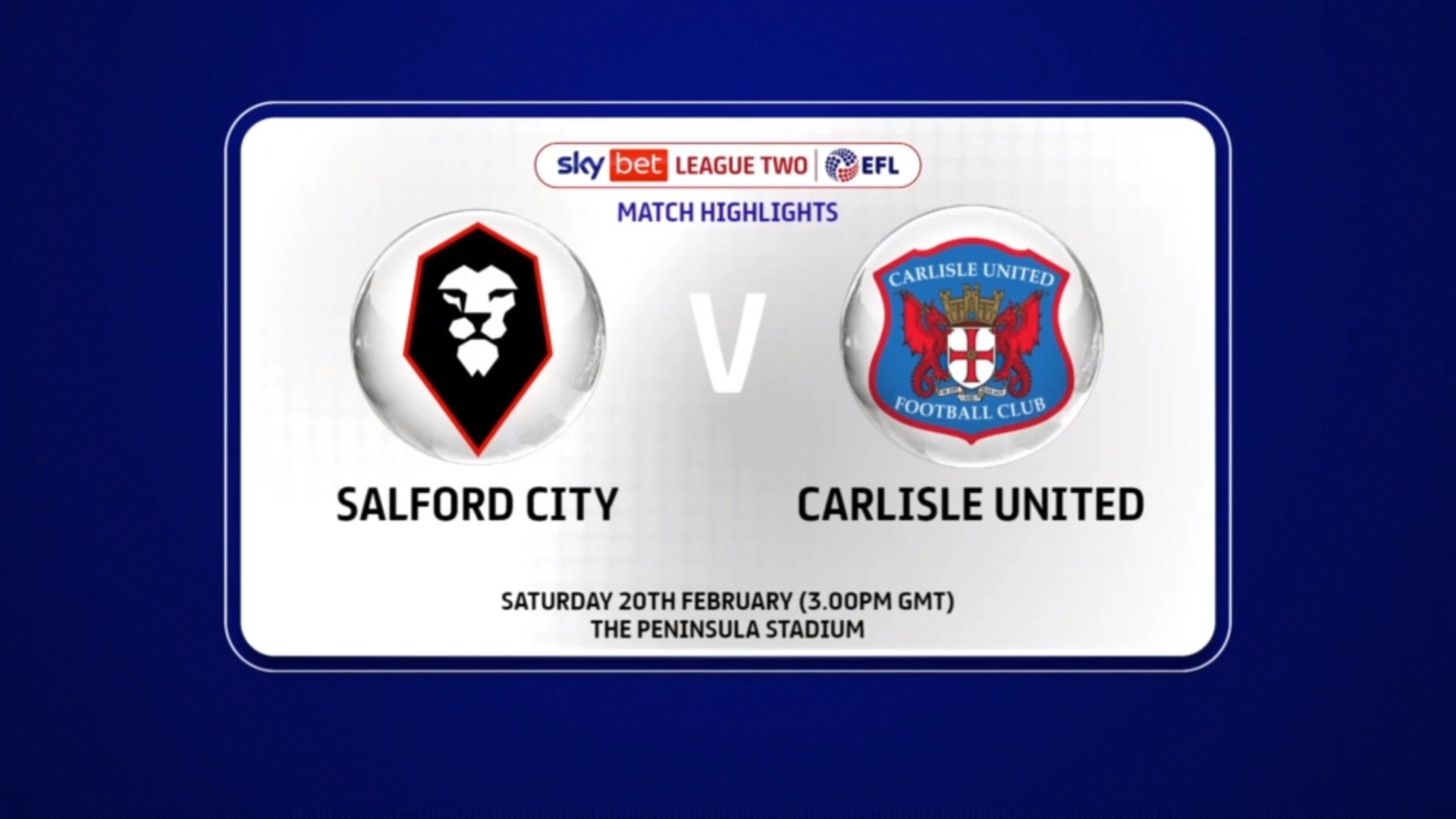 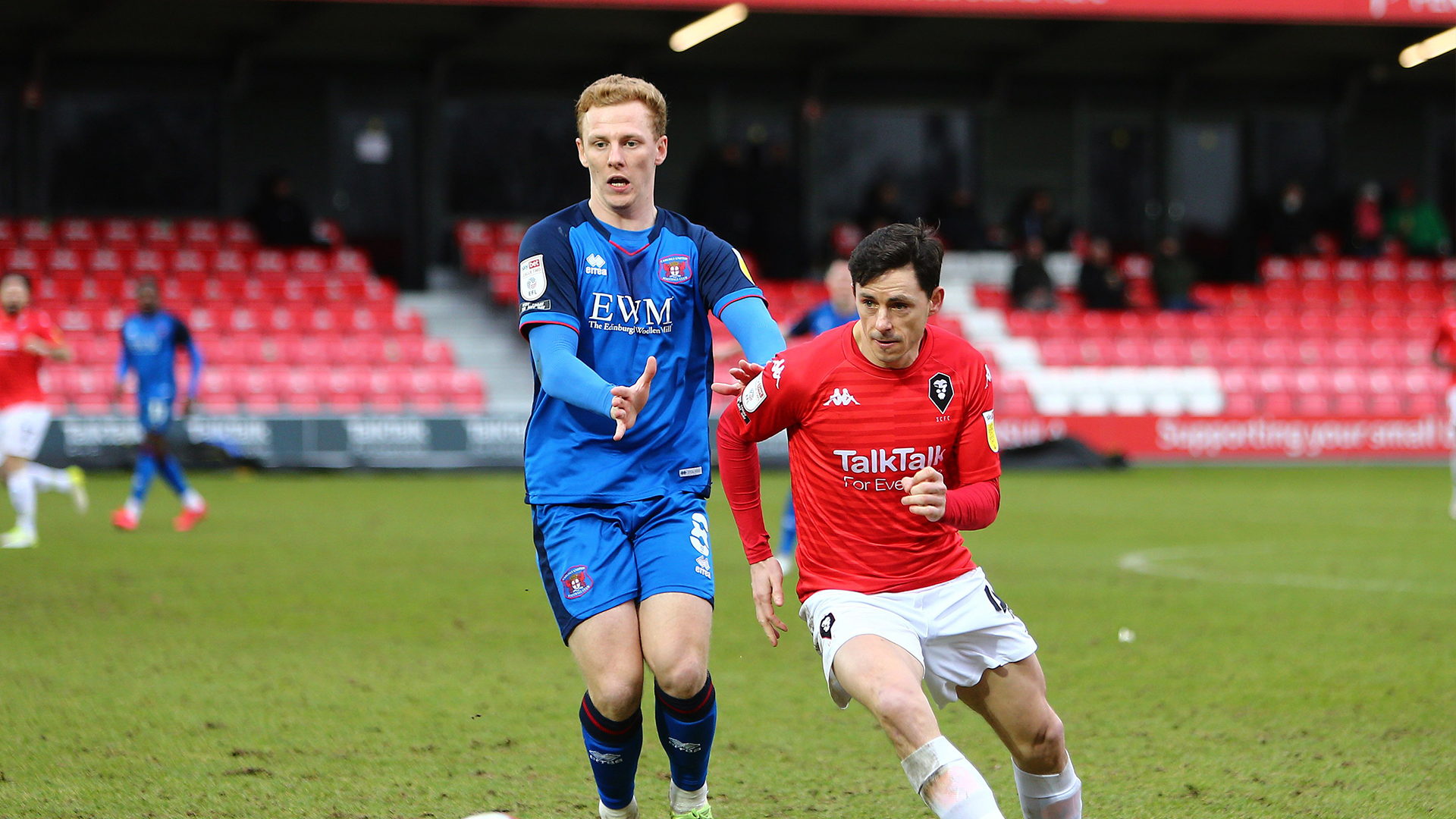