The round of 32 (second round) of the Papa John's Trophy brings Lincoln to Brunton Park with the tie set be settled on the night - either during the 90 minutes or via a penalty shoot-out decider.

Lincoln finished second to Sunderland in Northern Group F, with two wins and one defeat, but they were the top scorers in their round-robin of three with seven goals.

Their defeat came in October when Sunderland a 2-1 victory at Sincil Bank, but victories over Bradford City and Manchester United U21s sealed their progression.

They were beaten semi-finalists last season - eventual competition winners Sunderland eased past them in a penalty shoot-out - and there's no doubt they'll be looking to go one better this time round.

Currently hovering around lower mid-table in League One, Lincoln have drawn two, won one and lost two of their last five league outings.

In manager Michael Appleton's first full season in charge at the LNER stadium last term he guided them to the League One play-off final, which ended in a 2-1 defeat against Blackpool.

They were at home to Accrington on Saturday, and they failed to score for a third consecutive game as Colby Bishop won it with the only goal of the encounter for the visitors in the second half.

Forward Anthony Scully started the season on fire with seven goals in all competitions through the month of August.

A determined player he can finish moves off or play a part in bringing others into play, and he has three league assists to his name to help to highlight that fact.

If selected, he's most definitely one to watch.

The game is being streamed under EFL 'midweek' streaming rights.

The Imps were riding high and on their way to promotion from League Two when they came to Brunton Park in April 2019. Carlisle played well, and they really started to dominate after Jason Shackell received his marching orders with just 30 minutes played. Mike Jones grabbed the winner late in the day.

We were at Sincil Bank for a second time that season for our FA Cup second round meeting. Matt Rhead scored with just one minute on the clock, and Bruno Andrade wrapped things up with a goal two minutes from time. Unfortunately we do not have the rights to this match footage.

Lincoln won both games the season before, as they settled well having come back into the Football League ranks, with a 4-1 home victory in the corresponding fixture early in the piece last term. Alex Woodyard, Matt Rhead (2) and Billy Knott got the goals for the home side, with Reggie Lambe registering our reply. Tom Parkes was sent off to rub more salt into the wounds with just over half an hour left to play.

The result went against Carlisle again in April 2018 when a second half goal from Matt Green was enough to take the points back to Sincil Bank. There were more woes for the Blues when Mike Jones received his marching orders in time added on.

He's taken charge of 19 games so far this season and has shown 60 yellows and no reds.

Papa John's Trophy group action brought Mr Bell north in August 2021 for a goal-filled 3-3 encounter with Hartlepool. Taylor Charters, Manny Mampala and Tristan Abrahams scored the goals, and the Blues eventually won the shoot-out 4-3. Mampala was our only booking of the night.

The Papa John's 2-for-1 ticket promotion will only be available on full price tickets on a first-come, first-served basis. There are 50 tickets available. Click HERE for more information on that promotion.

Group A winners Carlisle United were up against Lincoln City in the first straight knockout game of this season's Papa John's Trophy competition.

Manager Keith Millen made three changes to the starters from Saturday with Tristan Abrahams, Zach Clough and Jon Mellish in for Corey Whelan, Brad Young and the injured Joe Riley.

It was Mellish who went on the first charge inside the first minute when he confidently took the ball down the left flank. His cross had venom but it smashed into the side netting.

The Imps responded with a move through the middle of park with Fiorini at the heart of it. He fed it to Adelakun, and his sharp delivery was met by N'Lundulu. He got his bearings wrong and the snapshot rose high into the Warwick.

Good interplay between Clough and Armer left room for Mellish to exploit, and his cross on the sprint was turned behind for a corner. That was cleared, as was the follow up cross from Guy.

Howard was called into action on 10 minutes when Adelakun dropped a shoulder to make some room. He was at an angle, but the drive was powerful and the keeper had to beat it away at the front stick.

The resulting short corner routine eventually came to Sanders, who was dead central 25-yards out. His measured effort was going in until the agile stopper dived to palm it away from his bottom corner.

Direct running from Gibson saw him bend a run from the right flank as Carlisle responded. Mellish took over and he let fly when he reached the edge of the area. Griffiths stooped low to pick it up.

Another winding run from Gibson earned a free kick when he was chopped to the ground. Clough got it over the wall from distance but Griffiths was there once again.

Lincoln unexpectedly turned possession over in the home half on the quarter hour and Fiorini had time and space to work with. He went for power and it drifted wide of the angle of post and bar.

There was danger in the United box when Adelakun unleashed the stepovers as he weaved his way through two challenges. Just 10-yards out he had the goal at his mercy, but a weak shot with the outside of his left boot made it easy for Howard to deal with.

The Imps continued to probe, but the back line remained solid with the Blues appearing comfortable in allowing the away team to have the ball.

Attacking on the break Gibson broke clear to give Clough an overlap. He found Abrahams, and he won a corner as he almost turned his man. The delivery was excellent and the glanced header from McDonald smacked into the woodwork after Maguire had got the merest of interventions.

A second good set piece from Clough was cleared as far as Guy, and he caught the rolling ball on the full with a thunderous connection. Griffiths watched in relief as it grazed the top of his bar.

Half chances came and went for the Imps with N'Lundulu and Fiorini drawing blanks in quick succession, but the good work from the hosts was undone in time added on for the first half when N'Lundulu went wide to cut the ball back. Maguire took a touch then crunched a wicked effort into the roof of the net from just inside the area.

Carlisle should have been back on terms on 53 minutes when a heavy touch from Bramall gifted Gibson possession. He was clean through, and he dumped keeper Josh Griffiths to the floor as he rounded his way to the target. He steadied himself, but he somehow poked the ball wide as he tried to place it in the perfect spot.

A shot from range from Sanders hit Mellor on the thigh as he tried to catch Howard unawares as Lincoln came again, and Adelakun thrashed a dipping, swirling tester through bodies when he pulled off his marker. Howard saw it late but he completed a fine save as he got there to touch it onto the post.

Manny Mampala sparked the move that brought the Blues level when he turned on a sixpence to create an acre of space. Jack Armer was on his toes and the sliderule pass he received invited a shot. Griffiths got a finger to it but he could do nothing as it skipped into and bulged the inside of the net.

The home crowd found their voice and they applauded Kelvin Mellor when he tracked a dangerous move to make a vital interception, as McGrandles looked to find Maguire in the box.

Mellish and Mampala combined to pick out Young as the clock ticked down, and the forward had Griffiths worried with a fizzer that had to be closely monitored. And there was care to be taken at the other end when Maguire flighted a pass towards Bishop. McDonald made sure he made it his.

Midfielder Lewis Fiorini bent one wide when he flashed his laces through the ball at distance, and Maguire poked one over the bar when he tried to take matters into his own hands with the game still in the balance.

It stayed tight as the rain battered down on Brunton Park, with Rod McDonald looking to recreate his assist magic from the weekend with a touch from a Guy free kick. He got the volley but it was too close to the keeper.

The final whistle blew, taking the encounter into the hero making territory of a penalty shootout.

Charters - drilled into the top corner - 4-3 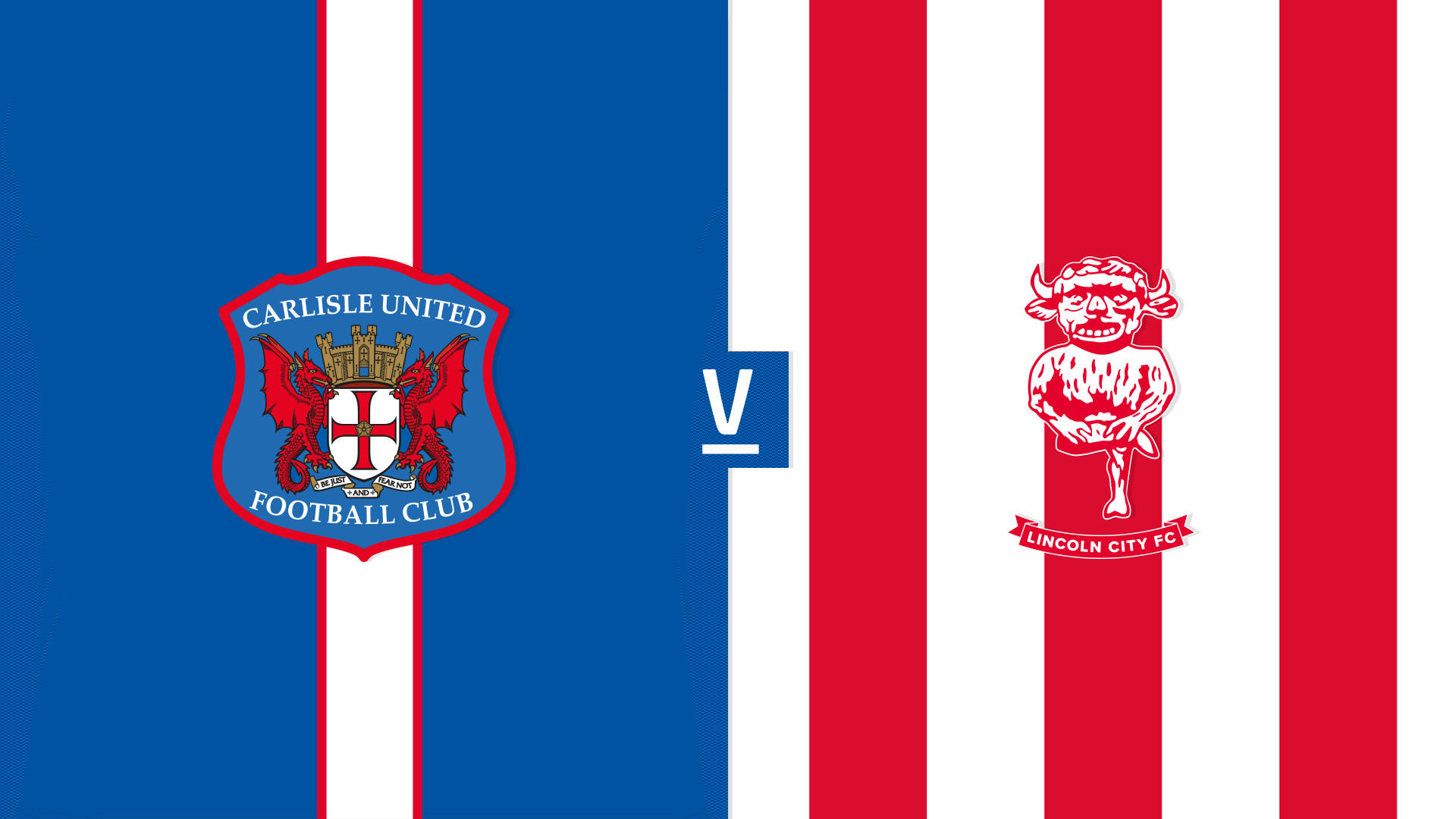 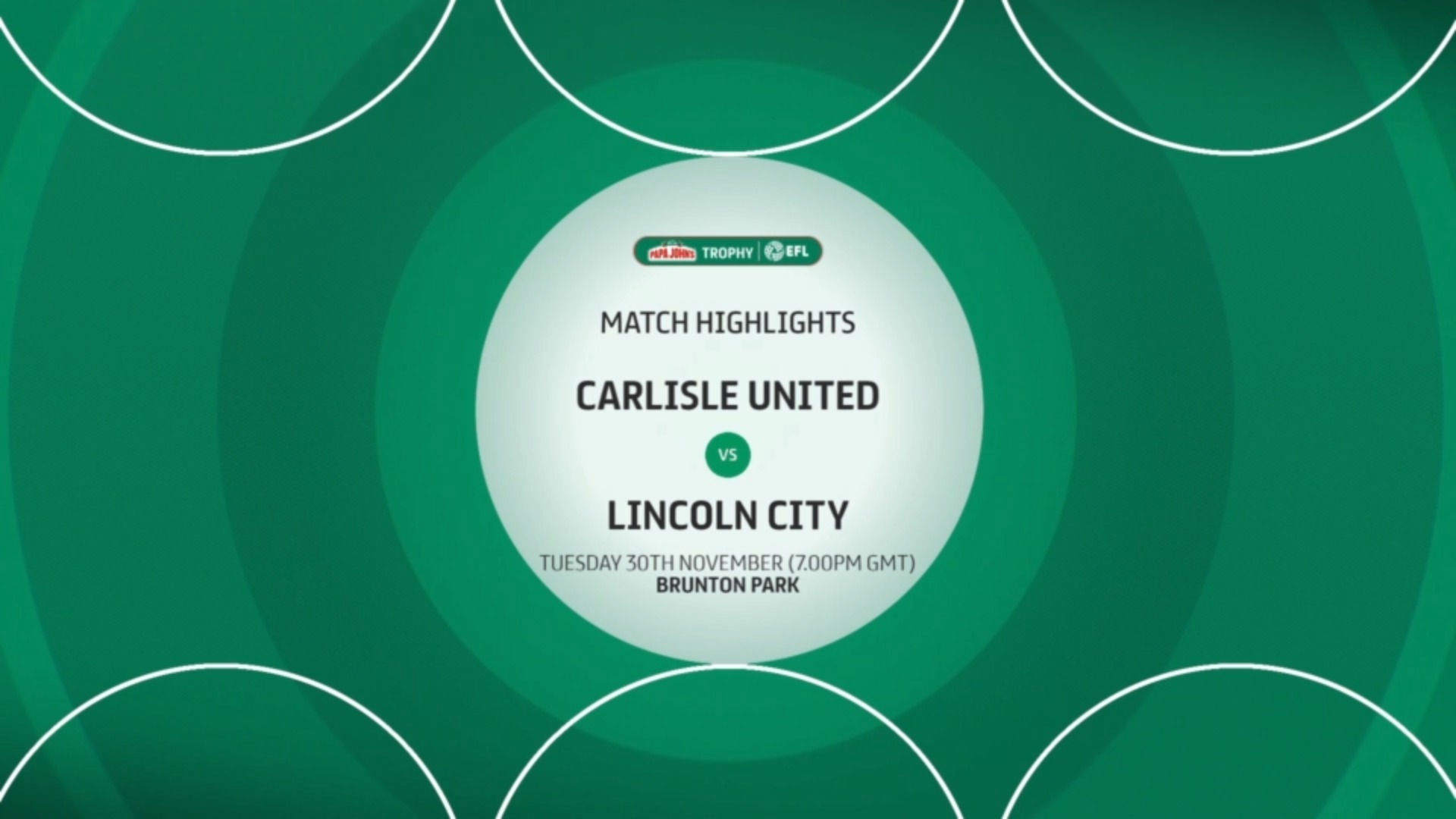 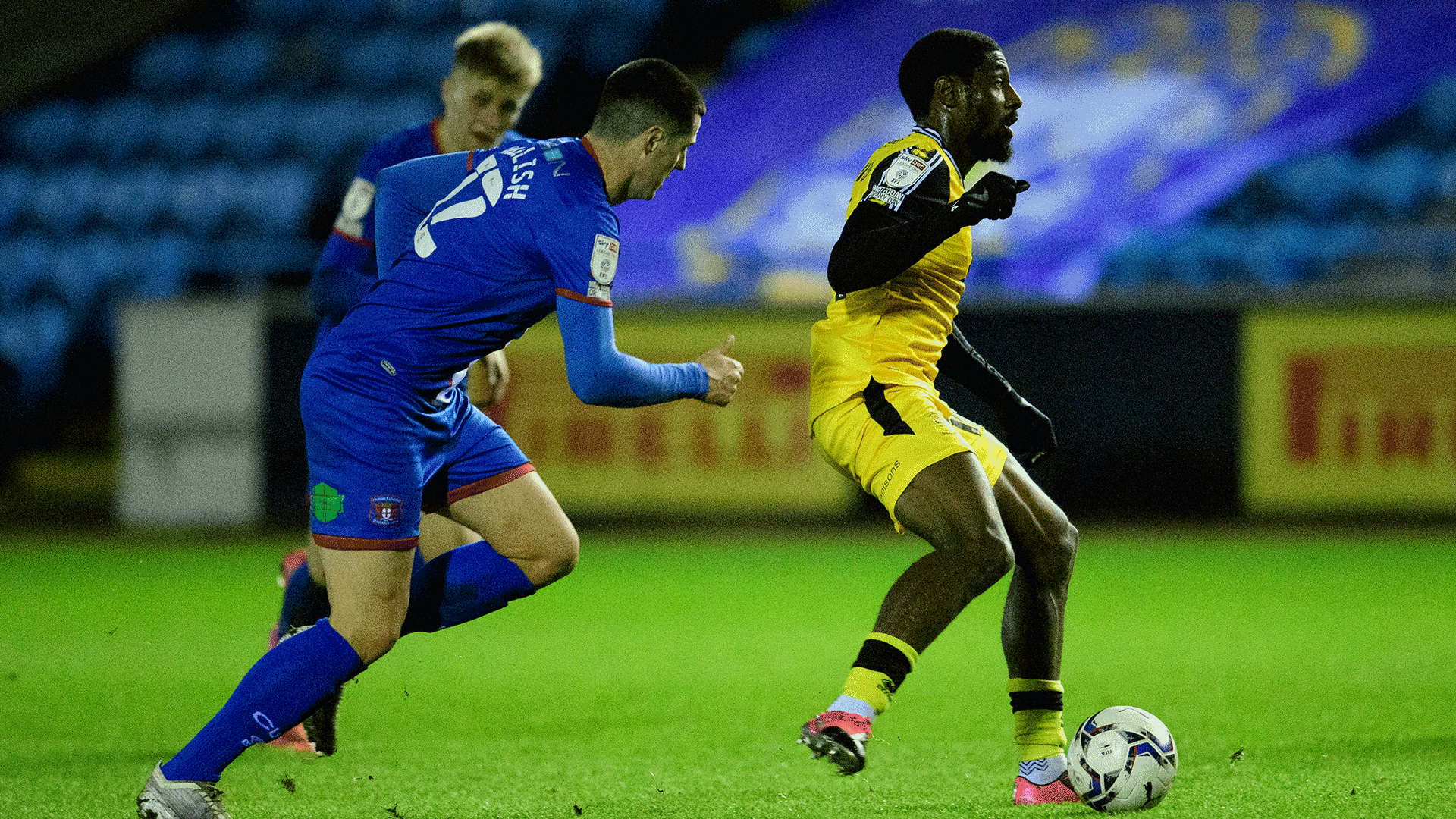