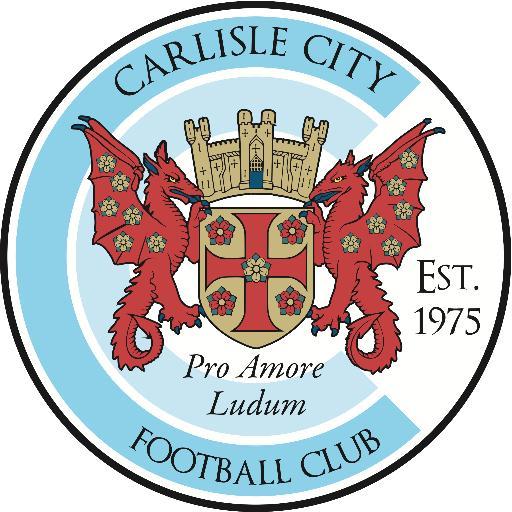 United faced local outfit Carlisle City in their first pre-season friendly of the summer at Gillford Park with all available members of the first team getting pitch time as the first full week of training drew to a close.

Below is a minute-by-minute report from the Saturday afternoon game:

1' An early corner for United but Wiser cleared as Brisley challenged.

6' Good move United as Lambe and Hope linked on the right flank. A neat cut-back from Hope to Shaun Miller brought a first time shot. The keeper palmed it down and scooped it up.

7' Hope was alert and almost latched on to a weak back pass. The keeper did enough to put him off and the ball bobbled harmlessly behind.

9' Wonderful, tricky play from Adams as he beat two with slight of foot. Jason Kennedy called for it just seven yards out, faked the shot, dumped the keeper and scored with a firm bottom corner finish.

13' Header on target from a good free kick delivery from City. Former-Blue Mike Reed got there and Bonham had to step across to grasp it.

14' Hope worked space 19 yards out and drilled a low shot for the far corner. Ballantyne was positioned well to make the save.

15' Shaun Miller dropped a shoulder and made room for a shot. He put his laces through it but it was always heading high.

18' Adams won possession wide on the left, put his head down, beat his man and crossed. A half clearance was returned into the net by Shaun Miller as he struck the ball with a well-guided volley.

26' A cross into the area was half cleared to Devitt. He set himself but his goal bound shot was blocked by a defender.

34' Good running from Adams as he used Hope as a feeder. The striker spotted Jason Kennedy to his left and he slid it onwards to put it in his path. The midfielder scored his second of the game when he curled a beauty into the top corner.

36' Lambe hit the bar as he pulled off his marker. His precise shot beat the keeper but smashed into the woodwork.

37' A high clearance fell to Shaun Miller 14 yards out and his fierce scissor kick whisked just over the target.

42' Hope wriggled his way through two challenges and poked the ball at the net as he stretched to beat the keeper. A vital block stopped it from going in.

44' The ball was moved quickly between Hope and Kennedy and Devitt stepped back to make room for a shot. He had the keeper worried as it bent just past the upright.

45' Adams went past his man to make it into the area. His delivery took two deflections before it shaved the outside of the post.

47' Etuhu cut inside after receiving a raking pass from Nabi. He went for the shot from 20 yards but couldn't keep it down.

64' A quiet period came to a close when United broke through with some one-touch football. One of the four trialists didn't waste his chance to impress when he crunched his shot into the net from 17 yards out.

67' Nabi shot from just outside the area but Skelton got down to parry it.

72' Fantastic save from Skelton as Nabi rifled a thunderbolt at the top corner. Fingertips took it just past the upright.

82' Ellis went on a 40-yard run, waltzed past three, but was tackled just as he was about to pull the trigger.

85' Half chance for City as a cross came into the box. Tom Miller got there to hook it away.