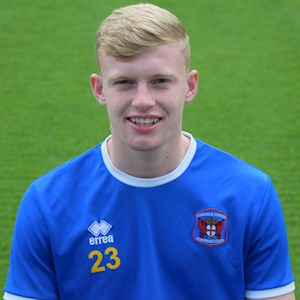 Second year youth defender Jarrad Branthwaite burst onto the scene during the 2018/19 season with some assured reserve team performances which caught the eye of manager Steven Pressley.

He signed a two-year contract [with an option] at the end of February 2019 which will keep him at the club until at least the summer of 2021.

Local lad Branthwaite, an imposing figure who has been with the Blues since the age of eight, will complete his scholarship programme, but is very much in the reckoning as he continues to train with the senior professionals.