United bowed out of the Central League Cup at the semi-final stage with a narrow defeat in a keenly contested meeting with Preston North End on Wednesday afternoon, and Mark Birch spoke afterwards about the frustration felt at having come so close to a second consecutive final appearance in the competition. 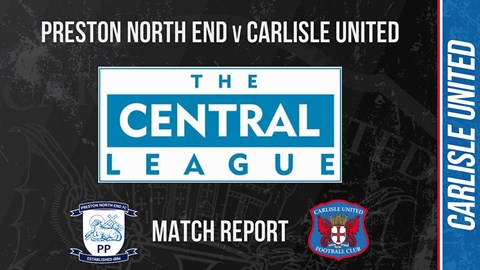 “I thought we started the game really well, we were positive, and we got to grips with what we need to do from the first kick,” he said. “We felt we lost a little bit of control of ourselves in the last 15 minutes of the first half and that’s when they got their goal.

“We challenged them to pick it up again during the break, and to get back to doing the things that had been working for them, and to be fair to them they did that.

“They threw everything at it and we were so close to getting there. We had a few decisions go against us, the penalty decision being one of them, and these things do matter.

“I really do think that was a harsh one because you’ve got our player who was running straight and the other player ran across him.

“It was a tangle of legs, nothing more than that, but we didn’t get much going our way all game. All you can do is get on with it.” 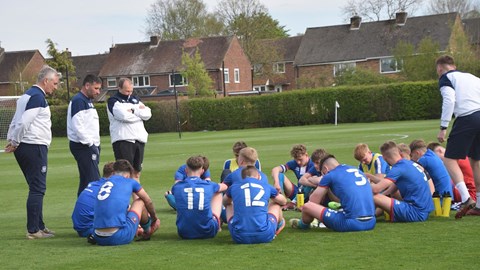 And it felt even more harsh with the Blues looking the more likely at that stage.

“We can’t kid ourselves and say we played great football, but we were turning them and putting them under pressure,” he commented.

“There was good energy, we kept recycling the ball and we started picking up all the second balls in midfield.

“The momentum was with us, we got our goal, and we felt like we’d go again. Having a penalty given against us in that way knocked the stuffing out of us, but even after that we kept going and we were unlucky not to get a second goal ourselves.”

“One of the things we’ve said all season is that we haven’t been ruthless enough in front of goal,” he added. “Good teams make things happen their way in both boxes, and if we go back through some of the key games this season we’ll see we weren’t clinical enough at time.

“This was another example of that. We haven’t defended well enough, hence we conceded, and we haven’t made the most of the really good situations we had in the final third.

“We go away from it feeling really disappointed, but the players have to turn it into a positive going forward. They have to remember how it feels when they think or even know they could have won, and in this case gone on to a final.

“We’ve come here and lost the league, and now we’ve gone out of a cup competition here as well, so they have to make sure it hurts.

“They’ve lost, but a bigger problem comes if they don’t use the experience to give them the motivation to get better and better, so that it doesn’t happen to them again.

“Hopefully that’s the main thing they take away once the disappointment has been dealt with.”