United faced their longest trip of the season on Saturday afternoon as they headed to the People's Pension Stadium of Crawley.

Manager Chris Beech made just one change from the team that beat Salford last weekend with Lewis Alessandra stepping up for Zach Clough.

Superb defending from Kelvin Mellor with just 60 seconds on the clock saw him step across to stop Nichols in his tracks as he controlled a long ball forward on the edge of the area. The right back's toe poke came just in the nick of time.

Both teams probed through the first 10 minutes, without finding purchase, but United had half an opening when a kick forward was flicked on by Abrahams. Alessandra took over, and he rolled it wide for Dickenson to chase. He shot on the run but the block was made.

The away side came again when Riley clipped a lovely ball to Mellor, who was on an overlap on the right flank. A lovely cross followed and Dickenson jumped to meet it at the back stick. He headed it into the ground but Morris was there to gather it in.

Mellor defended well again on 25 minutes when he leaped to meet a deep dipper of a pass from Francomb before Nichols could touch it. The corner went deep, to be cleared by McDonald, and Dallison was disappointed to nod the resulting throw into the crowd.

A winding run from Dickenson took him past two challenges in the centre of the pitch as the action continued to stutter, but he was chopped to the ground just as he looked to ride clean through. Riley snaffled up the loose pieces, but the momentum was gone and the visitors were left to ask the referee why no action had been taken for the initial foul.

The first real chance of the day brought a goal when a corner was whipped into the mix. Tom Nichols kept his eye on it as he moved away from the attentions of Jack Armer and the forward made no mistake when he drilled it home from close range.

Crawley took confidence from their moment and a switch of passes between Tsaroulla and Nichols earned another corner. That was cleared well, but Abrahams was tackled just as he tried to turn the loose ball into a run in the midle of the park.

Abrahams and Guy combined well as they tried to work a clean path in response, but a low delivery was hooked out of the danger area. Riley gave it to Mellor, but the Red Devils did enough to keep the door closed.

Norman had to dive to his left to take a shot from distance from Ferry into his hands ahead of the break. The whistle blew and there was work to do for the Cumbrians as they made their way into the dressing room.

United were patient as Alessandra and Mellish looked after the ball at the start of the second period. Riley was also involved, but it was Guy who took over as he stepped inside, 28-yards from the target. The midfielder let fly but it crept just the wrong side of the upright.

A high challenge from Armer on Powell brought a booking for the left back, with the crowd screaming for a red, and that sparked a triple substitution from Chris Beech with Clough, Gibson and Young on for Armer, Abrahams and Dickenson.

The visitors were the width of the woodwork away from being back on terms when a Gibson cross found Alessandra on the move, eight yards out. His header left Morris to flap at thin air but it crashed off the base of the post and Dallison whacked it on its way to safety.

United came down the right with Riley and Gibson with 20 minutes left to play and Gibson did well to drag a tempter into Young's feet. He spun and shot, and Morris tipped it over the bar, but the whistle had gone for an infringement as the striker made his connection.

Norman had to beat a free kick from Powell away as he bent it from a tight angle at the near post, and Nadesan nodded the return cross wide when it came his way.

Zach Clough sent a 26-yard free kick past the wall but a deep-lying defender got in the way as Morris scrambled. Carlisle came again and Young had an attempt on the turn from the 18-yard line charged down, with black shirts flooding the area.

United were on the front-foot again when Riley and Clough pulled the defence apart, with Mellor the recipient of the pass. He forced his way into the area, took two touches, but fell to the floor in despair as he pulled a weak shot wide.

The Cumbrians got the equaliser they deserved on 83 minutes when Gibson showed superb skill to turn his man just inside the opposition half. There was space to exploit, and he moved forward before finding Jon Mellish, who had broken free inside the area. The midfielder made it two goals in two games as he literally smashed the ball into the roof of the net.

A header from Appiah flashed past the sticks late in the day, from an inswinging corner, and Norman had to stay big when the same man came one-on-one from a long ball forward. The stopper did well, and his defenders helped him out when they mopped the remains up.

But there was a sting in the tail when a spell of late pressure saw Nick Tsaroulla put his boot through a half clearance in the final minutes of the game. It dropped just outside the area and Norman could do nothing as a stunning shot whistled into the bottom corner.

McDonald, sent forward in time added on, rattled a snapshot wide as Carlisle looked to rescue a point, but the clock was against them and the points remained with the Red Devils. 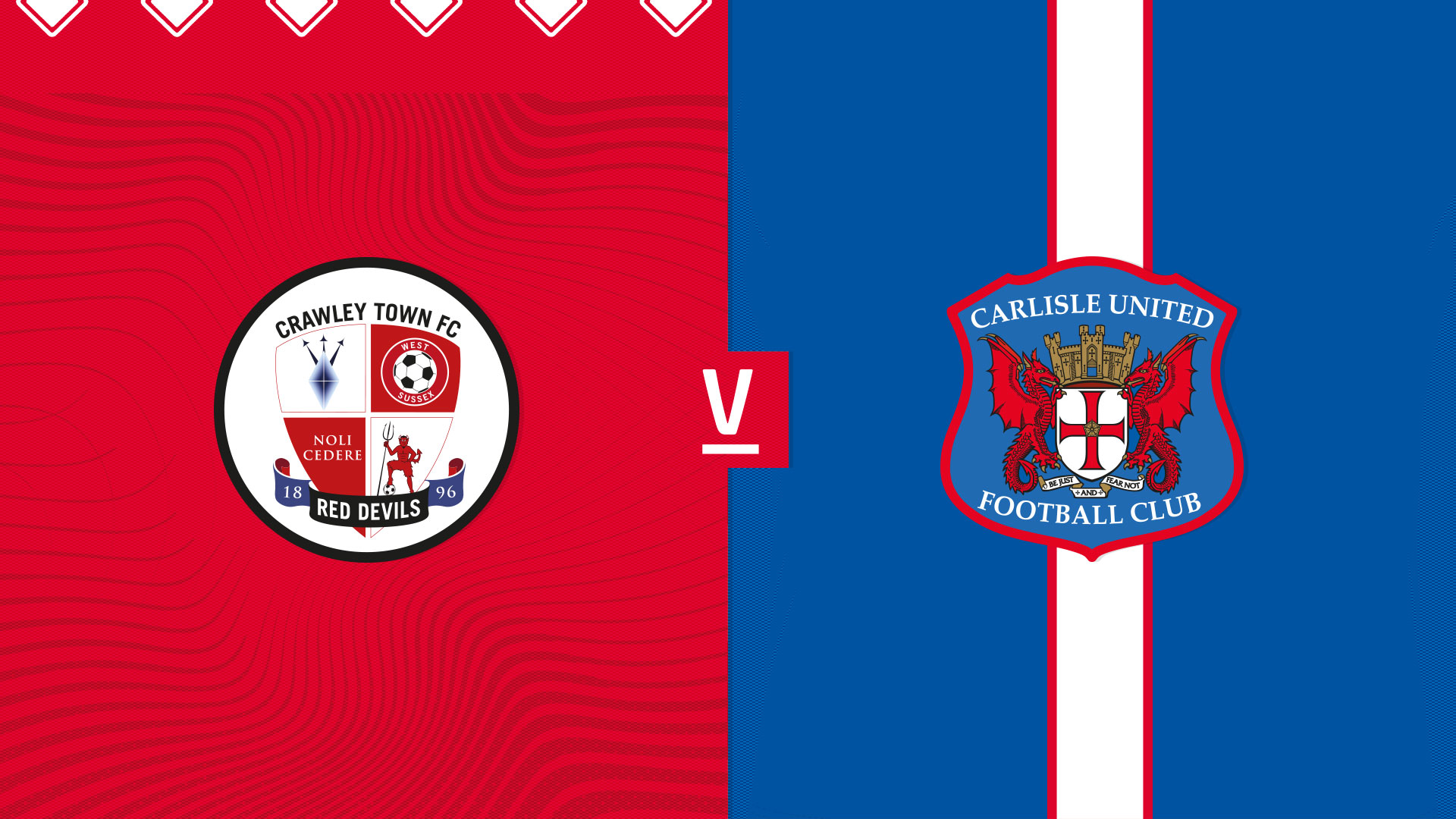 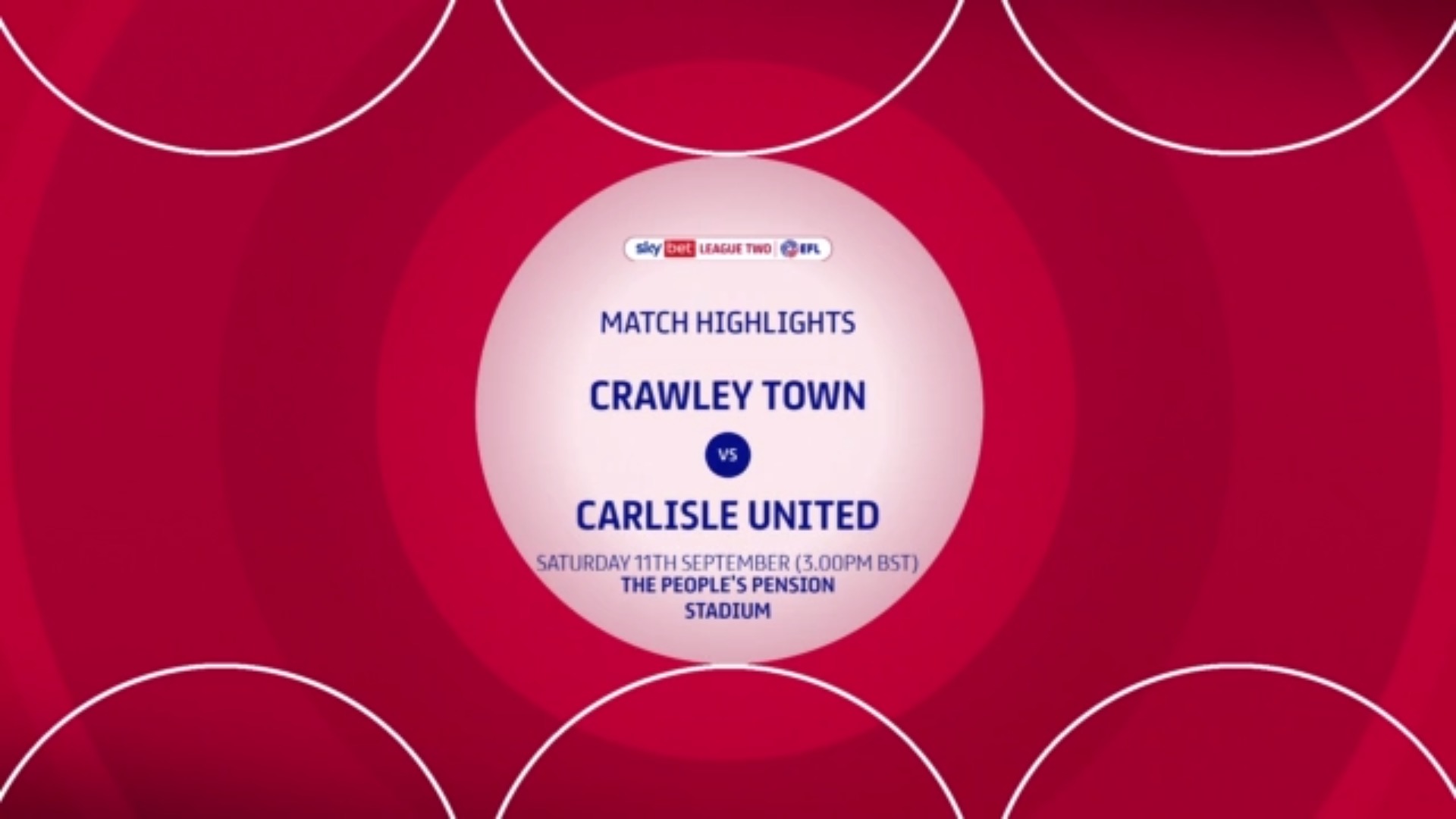 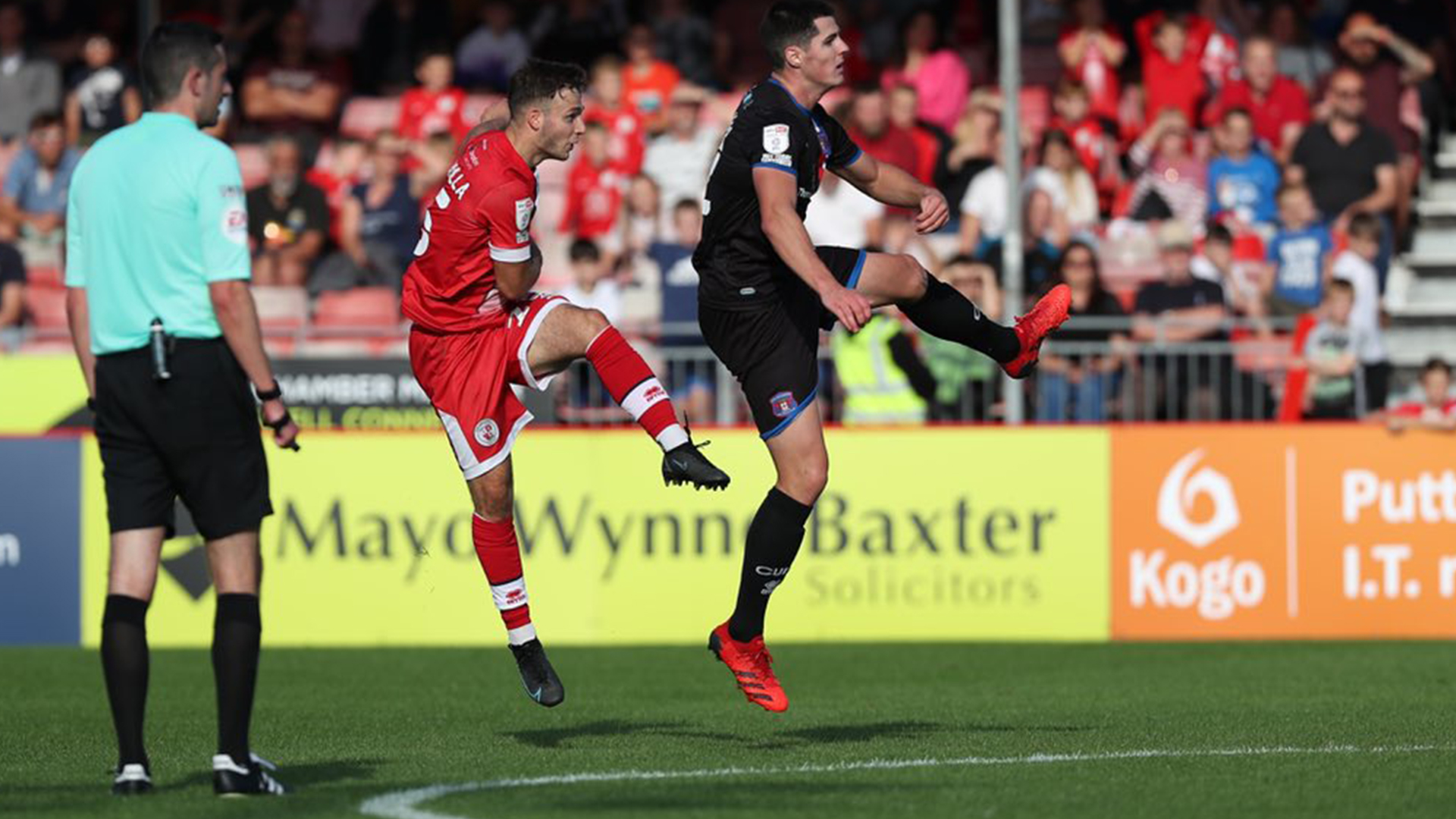