Tranmere Rovers are the next visitors to Brunton Park this weekend.

Assistant head coach Gavin Skelton takes charge of the Blues this weekend with youth coach Eric Kinder in the technical area alongside him, following the departure of Chris Beech last weekend.

Rovers brought former boss Micky Mellon back to Prenton Park (one year after his departure) at the end of May. The 49-year-old left the Merseyside club in July 2020 after leading them from the National League to League One following successive promotions.

Mellon joined Dundee United after Rovers were relegated to League Two on a points-per-game basis at the end of the Covid affected campaign.

July was extremely busy, with a number of new arrivals, and that theme continued into August as the new boss continued with his rebuild.

Sunderland winger Josh Hawkes also beat the clock to complete a season long loan, but he had to wait until two days after the window had closed before confirmation came through.

Tranmere head our way on a four-game unbeaten league run, and they've conceded just one goal during that quartet of fixtures.

The overall form of just one defeat from the last eight games in all competitions shows that they're a difficult side to deal with, and the current fifth spot placing is testament to their steely defence, with just four goals conceded.

Having said that, their goals for column shows just eight to their tally, one of the lowest returns in the division.

He anticipates where the ball will be, and does what he can to disrupt the opposition before they get themselves going.

He also has an eye for a pass, is very vocal, and is key to the way Tranmere play.

Click HERE to purchase an audio match pass which will allow you to listen to this game via our streaming iFollow service.

A game that could have gone either way saw James Vaughan grab a late winner as Tranmere took the spoils home in February 2021. Vaughan had also scored in the first half, as did Kane Woolery, with Josh Kayode and Nick Anderton bagging for the Cumbrians.

These teams met at Prenton Park in November 2020 with Keith Hill newly-appointed as manager. It was a tight game, but Corey Taylor netted the only goal of the encounter just after the break.

It was a comfortable three-goal home victory for Rovers in March 2019 when Ollie Banks broke the deadlock just before half time. Oliver Norwood and Manny Monthe completed the scoring after the break.

Tranmere took all three points home from their trip to Cumbria in September 2018. The Blues had 15 minutes to forget at the end of the game as a penalty miss was followed by an own goal from Tom Parkes, and a killer blow from Paul Mullin just before the final whistle.

Our last meeting prior to that was in February 2015, at Prenton Park, when a quickfire double from Charlie Wyke just after the break secured a 2-0 away victory for the Blues. It came at a price as Kyle Dempsey received his marching orders deep into time added on.

The league meeting at Brunton Park earlier that season was a tense affair, but a nice finish from David Amoo with just 20 minutes left to play proved to be the difference as the Cumbrians battled their way to a hard-earned three points.

The trio of meetings from that season was completed, again at Prenton Park, when the sides came together in the Johnstone’s Paint Trophy. Brad Potts got on the end of a good move to cancel out a first half Max Power goal, but it was Tranmere who progressed as they got the better of the penalty shoot-out, winning by 5-4 at the end of a very long night.

Our referee for this game is Mr Andrew Kitchen. He has been in charge of nine games so far this season showing 25 yellow cards and one red.

This is his first season on the EFL list and the first time he has been the man in the middle for a Carlisle United fixture.

New arrival Mark Howard was straight into the starting line-up between the posts, having agreed a short-term deal at the end of the week, and Corey Whelan moved to right back with Rod McDonald back at the heart of the defensive line.

Winger Jordan Gibson was also recalled to the eleven, with a very attack-minded middle four as Zach Clough and Lewis Alessandra headed up the forward punch.

An early shot from Dickenson was charged down as Mellish nodded a clearance from the kick-off his way, but it was Tranmere who almost drew first blood when Hawkes floated a free kick from deep into the mix. Nevitt chested it, Fowley finished it off, but the flag was up for offside.

United went on the front-foot down the left hand side with a link-up between Whelan and Gibson. Clough took the resulting corner, but it was headed clear at the front post.

The throw was taken quickly, with Guy delivering low as it came his way. Clough was onto the ricochet off Clarke in a flash and Doohan had to dive to parry it away. Dickenson recycled it, but Clough was wild with his 16-yard volley.

It was Armer's turn to overlap as the Blues came again, and he earned a corner when his cross was diverted behind. Guy rolled it to Dickenson, but he couldn't keep his 22-yarder under control.

A break from Gibson saw him carry the ball from halfway before dropping a shoulder to shoot. He scuffed it and it floated well wide.

United were temporarily down to 10 men on 19 minutes when Alessandra clashed with Davies. He needed treatment, and was quickly sent up the tunnel.

Excellent home football saw Alessandra break the lines to take a forward pass from Whelan, moments after he'd been waved back onto the pitch. Whelan burst through, and he made it to the byline before clipping it into the mix. Davies cleared before Clough could make it count.

Hawkes skewed an effort from distance onto the Warwick Road roof as things remained tight, and Howard was twice in action as the away side looked to make a mark. A punch under pressure from a Fowley cross was followed by a safe catch from a Spearing drive.

Gibson held play up to bring Clough into it at the other end, with the forward angling a run towards the box. His cross was put behind before a finish could be applied.

The Clough corner caused all kinds of problems as it took a flick at the near stick, and Mellish appeared to be barged as he put his laces through it. Clough fed Gibson, on the edge of the box, but his thunderbolt was blocked by a brave Clarke intervention.

It was end-to-end and Dacres-Cogley picked out a great cross to find Nevitt arriving in the area. The striker got his bearings completely wrong and his header turned out to help the Cumbrians with their clearance duties.

A run from the flank was followed by a shot from Hawkes ahead of the break, but Howard was comfortable as it failed to find any kind of dip.

Carlisle almost unpicked the lock again when Mellish went on the sprint down the left wing. His cross sped across the face of goal, and the return from Gibson went much the same way.

Morris had options when a quick passing move from the away side left him with just Whelan to face. He chose to shoot and the effort was ushered to safety.

There was disaster for the hosts at the start of the second half when a move down the left brought a cross from Morris. McDonald swung a boot at it to try to make the clearance but he could only look on in despair as it sliced off his shin and into the bottom corner.

Carlisle should have equalised moments later when Armer clipped a lovely pass into the mix. Gibson launched himself at it but Doohan somehow made the point-blank save.

It almost got worse on 54 minutes when Hawkes weaved his way into the area before being chopped down by Mellish. Morris placed the ball on the spot but he brought the best out of Howard, who made a fantastic save.

Caretaker boss Gavin Skelton made a double change, with Riley and Abrahams on for Whelan and Clough, and a run of corners followed as the home side looked to push on.

Midfielder Jon Mellish was a whisker away as he popped one from range just wide when he was found by Abrahams, but Callum Guy wheeled away in frustration when he skied a similar effort from a tighter angle.

There was an unbelievable moment of officiating on 66 minutes when a misplaced Tranmere backpass was pounced upon by Dickenson. He dropped to the floor, inside the area, but the free kick was given in favour of the away side.

The play moved into midfield as Tranmere battled hard to protect what they had, but Peter Clarke won a header from a free kick that was lobbed his way in what was a rare attack. Howard clutched it to his chest.

Debutant Mark Howard pulled off another good save late in the day when Fowley sprinted through, after a ricochet in the middle of the park broke his way, but United broke away with Abrahams suddenly in space. Shots from Alessandra, Abrahams and Dickenson were blocked as the yellow wall stayed in place.

A late cross from Dickenson had Gibson interested, and a run from Riley ended with a blocked shot. Abrahams was also smothered as he took one on his chest, with just about every away shirt back in the area as Tranmere fought hard to keep the three points. 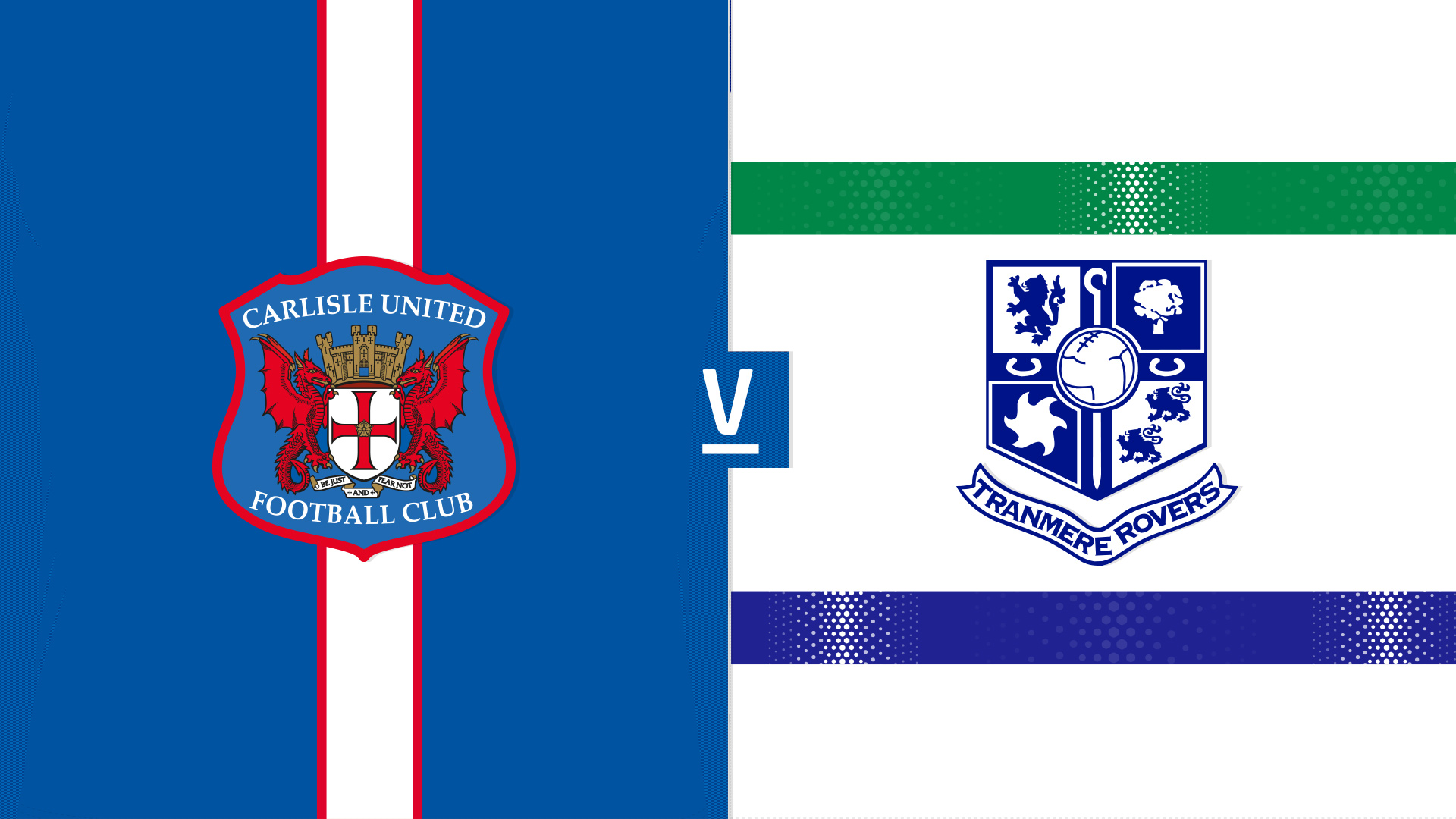 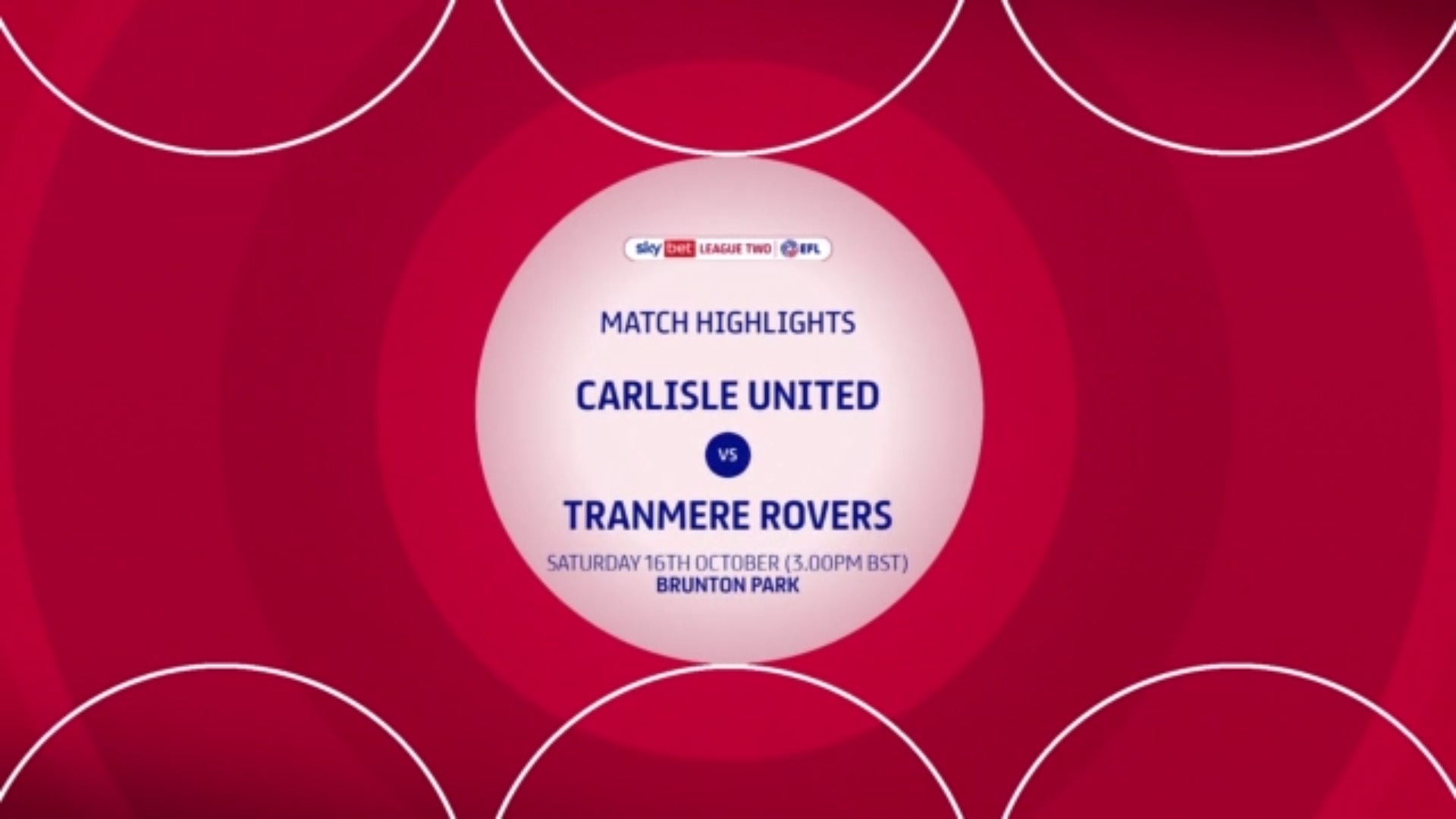 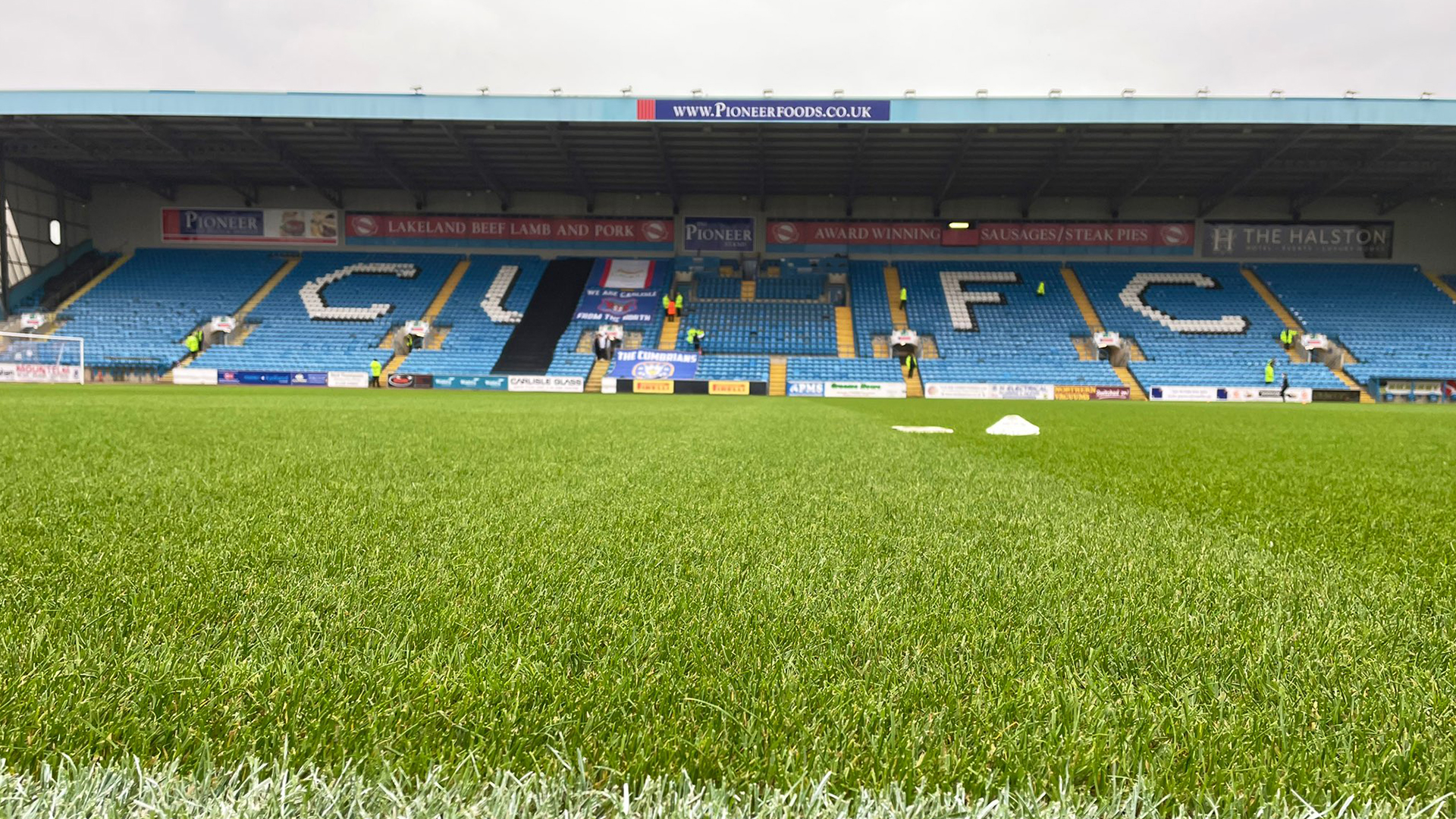