United were at the Mazuma Stadium for their final group fixture in this season's Papa John's Trophy competition on Tuesday night.

Already qualified, it was now down to whether they would finish top, or second, with the subsequent right to play at home should they finish at the peak of the pile.

There were seven changes to the starting line-up from Saturday with Taylor Charters, Danny Devine, Jonathan Dinzeyi, Morgan Feeney, Manny Mampala and Kelvin Mellor all given the nod.

Morecambe had a late change to their starters when Kyle Letheren left the warm-up with a shoulder injury. Andre Da Silva Mendes stepped up and veteran stopper Barry Roche was drafted onto the bench.

A low, underhit effort from Ayunga bobbled along the ground as he miscued from distance during what was a tense start to the game, and Dinzeyi had to clear a Cooney cross when he stole a yard on the right wing.

The throw from that clearance was aimed at Stockton, and he held it up before spinning to shoot. Dinzeyi stuck to the forward and the close-range punt came off the defender's calf and rattled into the side netting.

United showed when a strong challenge from Abrahams inside his own half allowed Whelan to pass through the lines. Mampala went on a run, but his near post delivery was cleared.

It was a game with flow and a clipped ball towards Ayunga caused problems for Charters as it skipped over his head. The wide man suddenly had an opening but his rifled 23-yarder was blocked by Whelan.

Stockton beat the offside trap moments later but he was shadowed by Dinzeyi, who put an important foot on the ball. The eventual clearing toe came from Feeney and it was the away side's turn to cause problems. Young did just that when he turned possession over, but he was tackled by O'Connor as he shaped to shoot.

Morecambe came again through the dangerous Ayunga when a lapse of concentration from the visitors let him in. He went one way, then the other, but Dinzeyi got his thigh there to take the sting out of the piledriver.

Diagouraga took himself on a mesmerising run on 24 minutes when he latched onto a hurried kick from the United back line. Twisting and turning he thumped a swirling attempt through bodies when he reached the 18-yard box but it dipped an inch the wrong side of the upright.

United tested the Shrimps with two set pieces from the left flank, with the second of the Clough inswingers headed away. Whelan nodded it back from distance, but Da Silva Mendes clutched it beneath his bar.

There was half a shout for a penalty on the half hour when Mampala crossed on the run. It appeared to hit an arm, but the referee deemed that it was unavoidable.

It was a good spell for the visitors and Mampala was the antagonist once again when he went through a challenge before crossing. The red shirts converged to keep the door shut.

More good work from Whelan and Mampala, assisted by a sprint from Charters, brought another corner but it went long as the runners headed for the front stick.

Clough and Abrahams combined to invite Devine to shoot, but it hit Jones and that took it into the crowd. Clough found Feeney with a flighted corner, and Abrahams scissor-kicked over the bar as he tried to turn it into something special.

Carlisle created a real chance to take the lead just before the break when Clough carved the defence open with a lovely pass. Whelan turned his man and drilled the ball across the face of goal as he reached the byeline, but the deflections were favourable and the Shrimps broke at speed. Stockton started and almost finished the move, but his swipe was stopped at source.

The Cumbrians started the second half on the front-foot and a surge from Mampala brought a corner. Mellor headed that back across the face of goal but Feeney miscued a volley on the turn and it drifted to safety.

Young then spun and tricked his way to a crossing position, but he sent it just behind the near post dash which was made by Abrahams.

United stayed forward, and Gibson was felled 24-yards out as he tried to find a path. The substitute took it, and it was an absolute beauty which angled over the wall and into the top corner, via a touch from the keeper.

Away tails were pointing to the sky and Mellor fed a superb pass towards the 18-yard box. Mampala couldn't get a touch and Da Silva Mendes scooped it up just before Abrahams arrived.

More close and neat play saw Abrahams control and thump a volley at the bottom corner, but a strong hand pushed the rasper over the bar.

Brad Young then protected himself with the ball at his feet, and that gave him the time he needed to wriggle free before clipping it low. A dive and a parry pushed the goal bound grasscutter away from the nets.

Gibson spotted that Feeney was free from the corner, and his downward header was thrashed over the line by former Shrimp Kelvin Mellor.

Cole Stockton was waved offside just as he thought he'd he'd got his team back in it, with a finish from close range, but the visitors reasserted themselves with more composed possession in the midfield areas. Charters summed up the confidence with a powerful run that took him beyond two. The rolled pass into the mix begged to be finished off.

Morecambe picked up the pace again and Stockton had another volley blocked when Wildig played him in. Howard was well placed to catch the header from O'Connor that followed.

Jordan Gibson had two long-range sighters as he got himself into the game even more, but both were too close to the alert glovesman to really provide a test.

A wild miscue from Adam Phillips brought groans from the home crowd after Stockton had another shot blocked, and the game was paused as a 'fan' decided to encroach on the pitch.

United stayed compact and disciplined, and they were able to see their group game win and a slice of top spot through in some amount of comfort, despite a late diving header from Stockton, and a stunner from a tight angle - saved well by Howard - which threatened to raise the home interest levels. 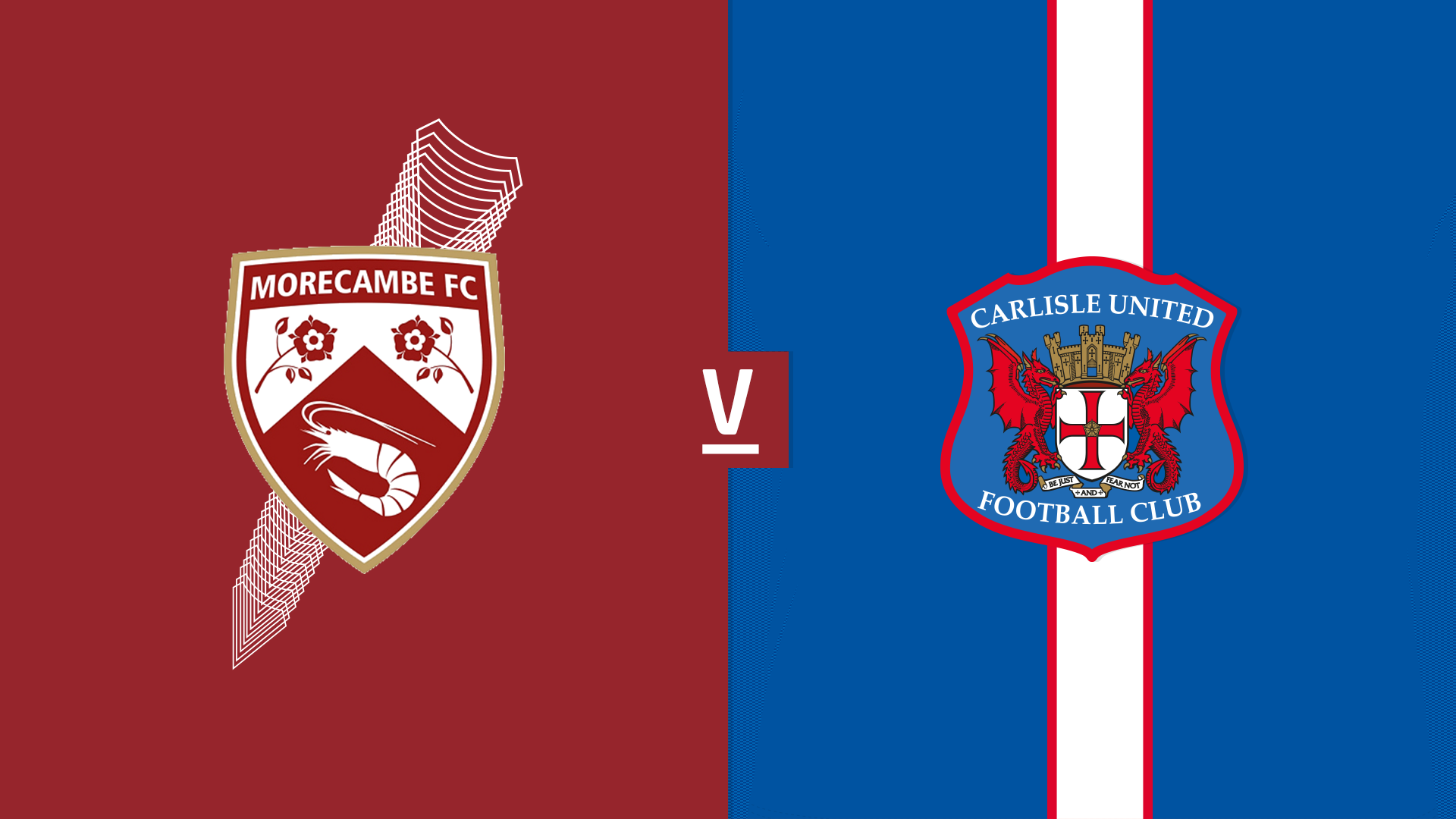 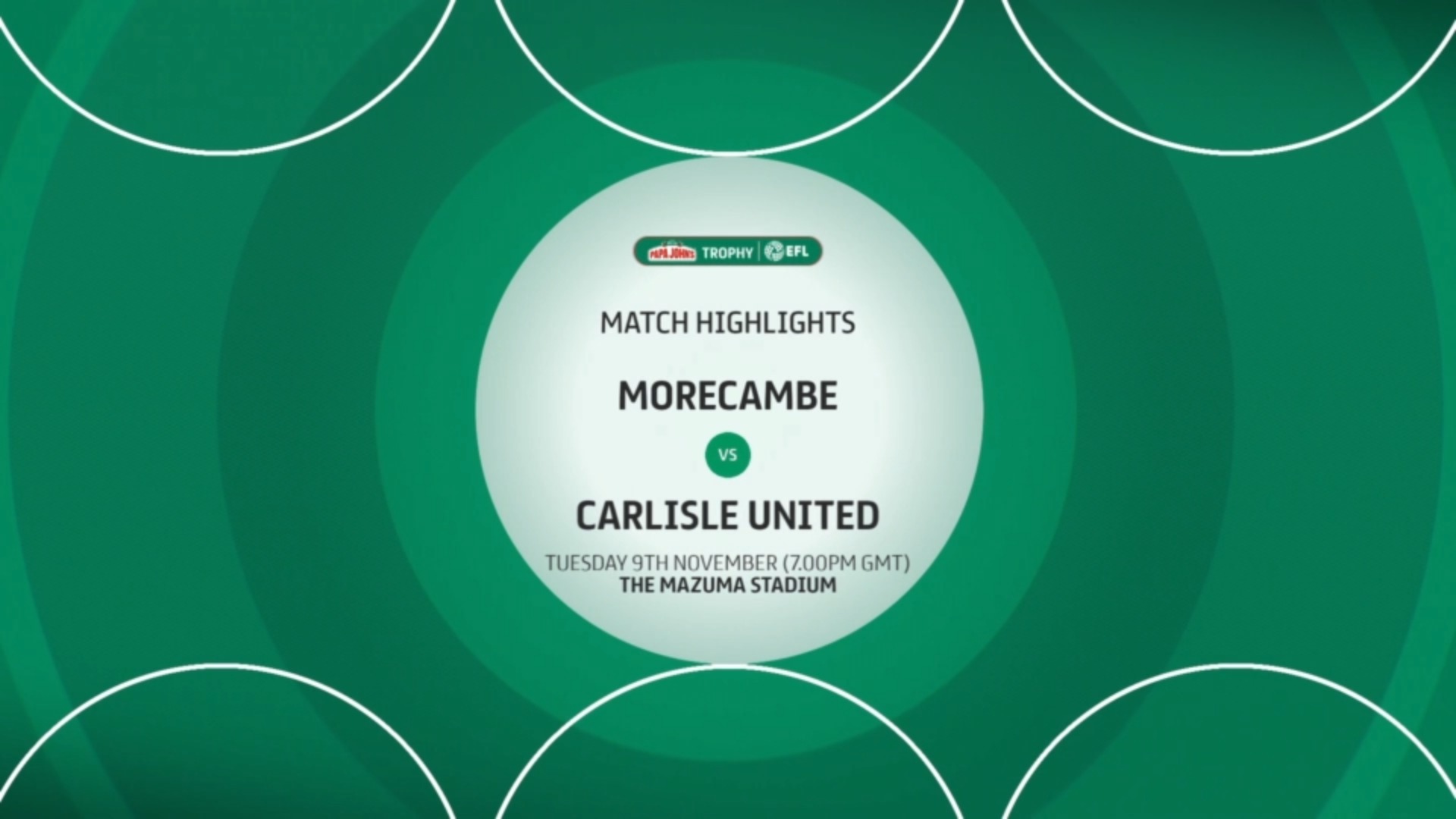 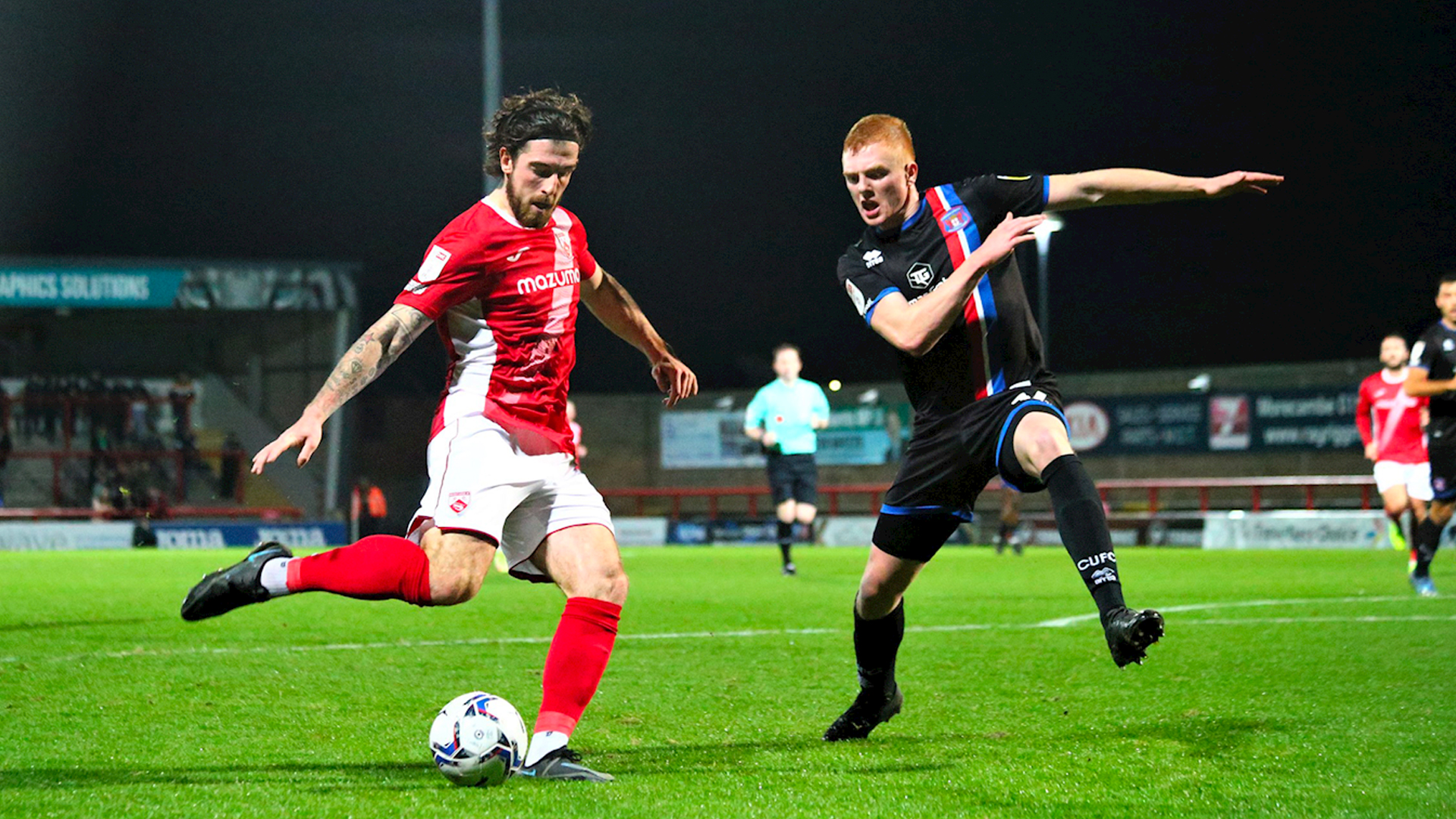