United's busy weekend of football kicks off with a trip down the M6 to Walsall.

A run of three defeats prompted Walsall boss Michael Flynn to speak out earlier this week, as he expressed his frustration at their latest reverse at the hands of Rochdale.

Flynn, who took over in February, said: "I've been blunt with them, they're playing for their futures.

"It's true - and I don't mean at Walsall, I mean as professional footballers. Some might think, 'We might have a deal sorted elsewhere, we'll be fine'.

"But there's a lot of players out of contract and it's a tough, tough industry. I wouldn't like to be released with everything that's gone on with Covid and all the problems in the world.

"So it's a very sticky and risky game some of them are playing."

The Saddlers, like Carlisle, have won 12, drawn 11 and lost 18, and they currently sit 10 points clear of the relegation zone.

It's four games since they last won, with three consecutive losses the cause of the aforementioned frustration.

March had actually been a much better month, with five of the six games bringing positive results, but they'll still be looking for another three points at least to stave off that lingering threat of an end of season battle.

Veteran Lee Tomlin came in to bolster the squad at the end of February, and there'll definitely be a sense of looking for a reaction from the group heading into the Easter weekend.

George Miller has been coming off the bench recently but he's still the club's leading scorer, with 11 to his name, heading into the final five games.

Whether he gets half an hour or 90 minutes, he'll work the back line and he'll look for the gaps at every opportunity.

Click HERE to purchase an audio match pass which will allow you to listen to this game via our streaming iFollow service.

United nicked a late goal and all three points thanks to Tristan Abrahams at Brunton Park in November 2021. It could have gone either way, but it was the Blues who crept over the line.

Carlisle rounded off the 2020/21 season with a home game against Walsall and it was a very tight 0-0 draw which brought the curtains down on the campaign.

United were first-footers at the Bescot in January 2021 and they recorded a comfortable away win courtesy of goals from Omari Patrick and Josh Kayode.

Our referee for this fixture is Mr Martin Woods.

He has taken charge of 11 games in the National League so far this season, and two in the earlier rounds of the FA Cup.

It's a welcome to the EFL for Martin.

We have been allocated an initial 300 seated tickets. Tickets are available on the day of the game with a £2 increase in price.

*Under 18 family package – for every adult ticket purchased, you can purchase a maximum of one under 18 ticket at the discounted price. The family package can only be purchased in person at Brunton Park or over the phone on 0330 0945 930.

Ambulant disabled and wheelchair users pay the relevant price category with the carer free of charge.

The Easter weekend kicked off with an away game in the Midlands for the Blues.

And manager Paul Simpson made just one change from last Saturday's home game against Exeter with Tyrese Omotoye into the starting eleven for Danny Devine.

Magnus Norman and Corey Whelan missed out through illness, and that brought Jack Armer and Lewis Alessandra onto the bench.

Walsall came on the attack inside the first minute with a ball over the top that had Kiernan interested. He appeared to be offside, but he was allowed to carry on, with Simeu on his heels. He shot as he reached the edge of the area but he dragged it wide.

A foul on Patrick at the other end gave Gibson the chance to deliver, but his inswinger was intercepted as Feeney tussled for space.

United were close on four minutes when Dickenson nodded a clearance from Rushworth back from where it came. Dennis took a touch to beat his man, and his 16-yard shot was goalbound until the keeper redeemed himself with a diving save.

Good work in midfield saw the away side break clear as Omotoye and Gibson combined. The front man was upended by White as he threatened to run clear, and Dennis stood over the resulting free kick. He sent it high and the nets were untroubled.

Omotoye and Patrick were thwarted as the visitors twice got into good areas in what was a good spell, but McDonald had to block from Osadebe as he dropped a shoulder to let one go at the other end.

The Saddlers showed again when Shade overlapped to cross just past the quarter hour. Simeu shadowed Kiernan and the defender did enough to see the dangerous delivery behind.

Walsall started to flood men forward and Feeney was twice the man on the spot to get his head to the ball from crosses that came in from wide.

Forward Omari Patrick pulled off his marker to take a pass from Dickenson in his stride when Carlisle started to find their passing game, and he cut back to create room for a trademark shot, It lacked power and Rushworth gathered it in.

A wild volley from Labadie sailed over the target as both teams showed a wasteful streak around the penalty area, with Feeney masterful once again with a well-timed sliding challenge to stop Shade from arrowing clear.

Things opened up for the black shirts on 32 minutes when Omotoye clipped it to Mellish on the left flank. He pushed it onwards, then picked out Omotoye with a deliberate nick. He appeared to lose his marker but his punt was charged down.

The Saddlers broke from a Carlisle corner with a touch from Kiernan that was then gobbled up by Osadebe. He had Shade in attendance, and it was there to be hit as it was rolled his way. Howard kept an eye on it as it came at head height and he was able to deal with it comfortably.

Patrick curled one from distance just before the break after Dickenson and Gibson had worked hard to give him some time, but it set off going wide and it didn't quite find the bend it needed.

Morgan Feeney was absolutely superb again when Shade used his pace to break the lines. A timely sliding intervention calmed things down.

But there was chaos in the visiting defence in the second minute of time added on for the half when Mellor had the ball nicked off his toes on the right wing. The cross screwed off Simeu's boot and Howard did well to get down and claw it away as it fizzed towards the net. There were red shirts everywhere, and Feeney blocked, as did Mellor, before it came out on the bounce for Earing to meet. His bullet took at least one deflection on its way into the bottom corner.

A rasper from Kiernan rattled the advertising boards as the second period stuttered through the opening minutes, and there was more disruption for the Cumbrians when Feeney had to leave the field on 55 minutes, Riley came on, with a slight reshuffle to a back three.

Gibson put one wide from 23-yards as Mellish sprinted down the left, and Patrick miscued when he hit the afterburners with just one thing in mind.

Mellor stepped in to intercept and overturn the possession as the fans behind the goal did their best to raise their team, and Mellish picked it up once again as he made the move. A deflected cross teased Omotoye, but Monthe stretched to prevent the volley.

Another burst from the away team saw Gibson feed Omotoye as he pulled off a shoulder. The striker cut inside but a powerful drive lifted over the angle of post and bar.

Tobi Sho-Silva and Jack Armer joined the fray with 23 minutes left to play, and Brennan Dickenson was pushed forward to add more to the forward line.

Sho-Silva was pushed to the floor as he used pace, but the Dickenson free kick was cleared. United stayed forward, and Patrick popped it through to Gibson inside the box. He was closed down by two as he shot from close range.

The corner curved wickedly and Rushworth had to jump to push it off the line. The Saddlers regrouped to see the flurry from their visitors through.

Carlisle kept pushing, but they couldn't find the composure needed in the final third to get the goal to match their territorial dominance, despite having a run of late set pieces which looked to have a brought an equaliser when Simeu headed, only to see it go wide, and they go into Monday's home game still in need of two points to guarantee mathematical safety. 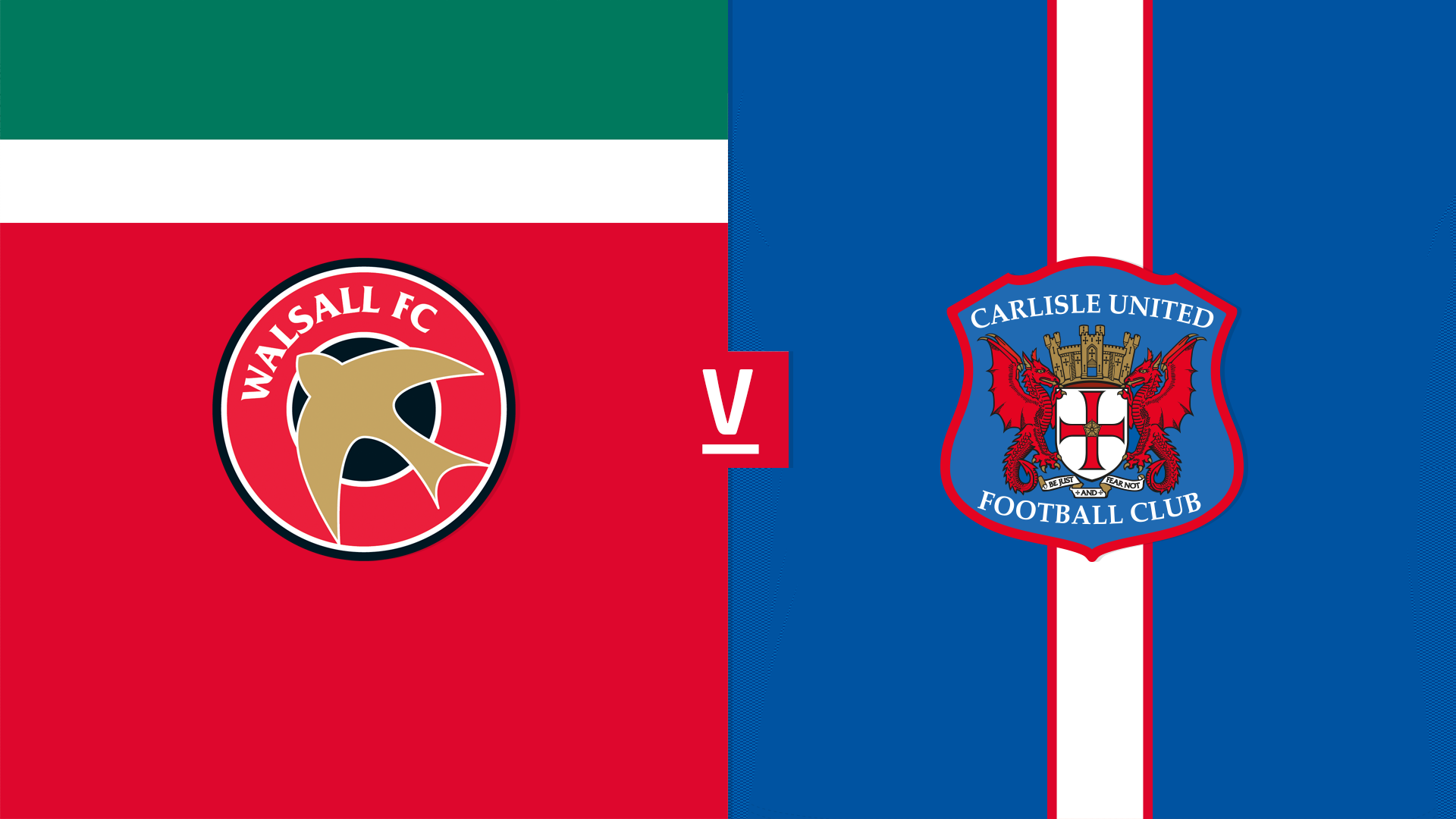 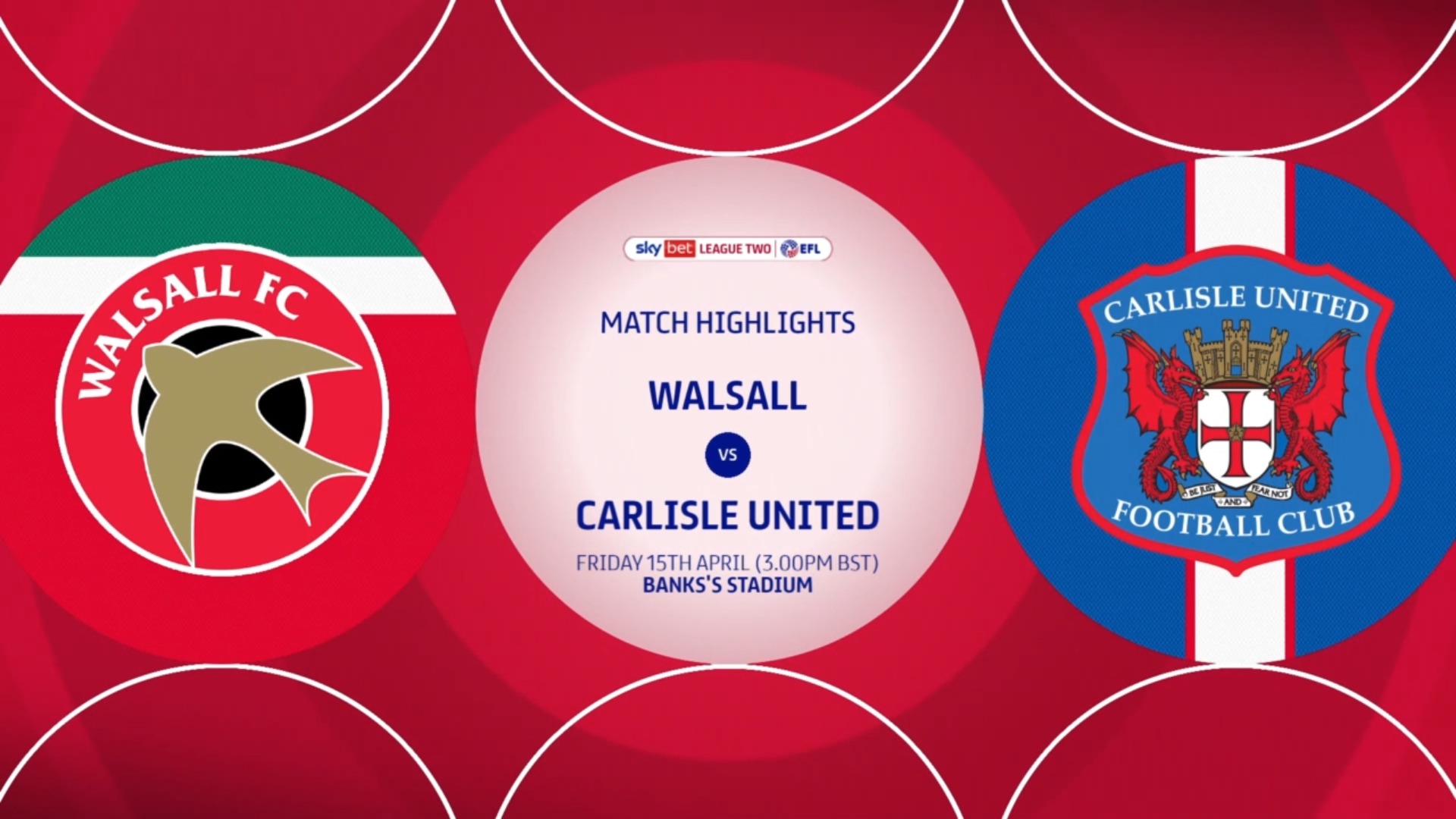 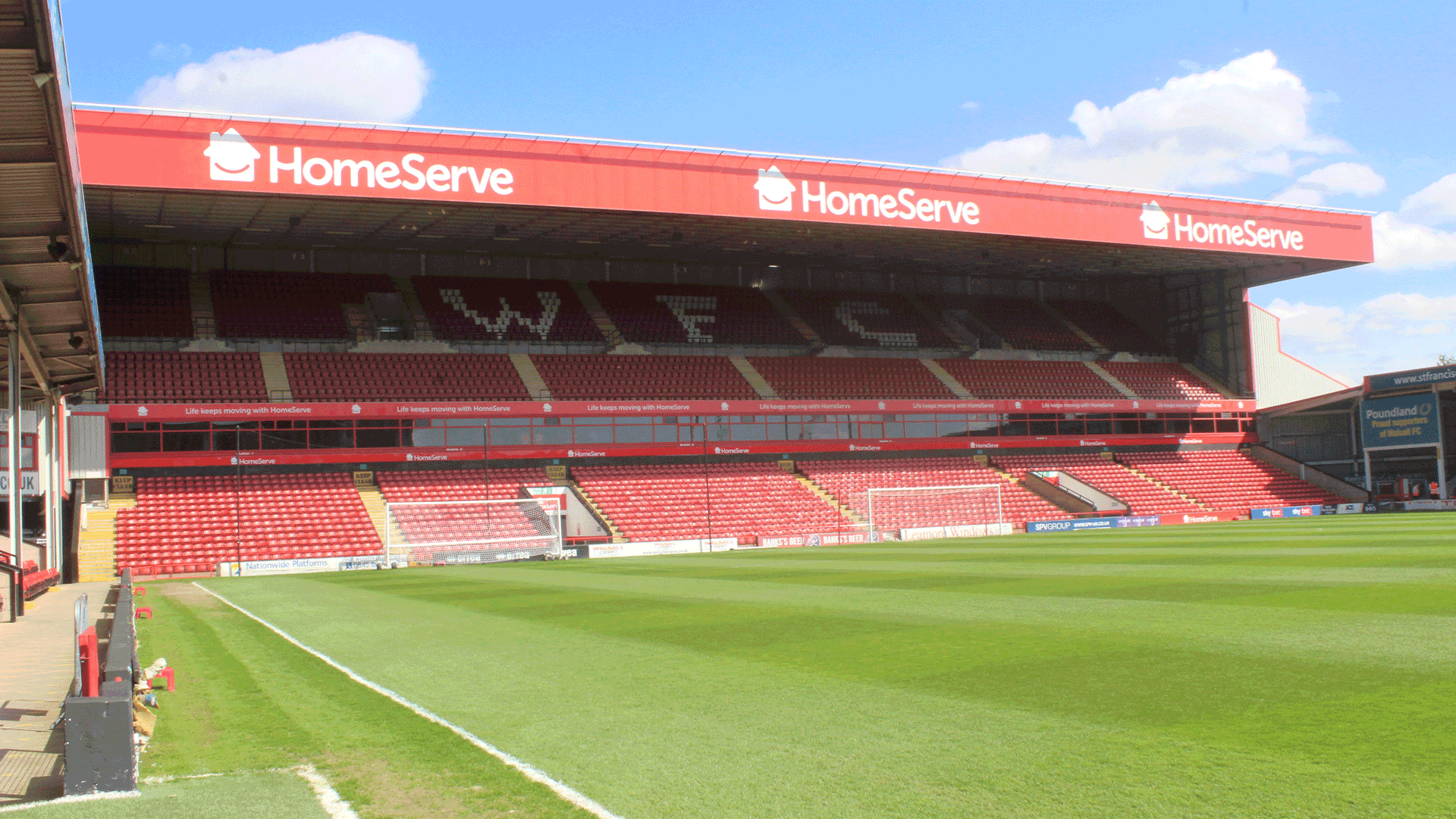