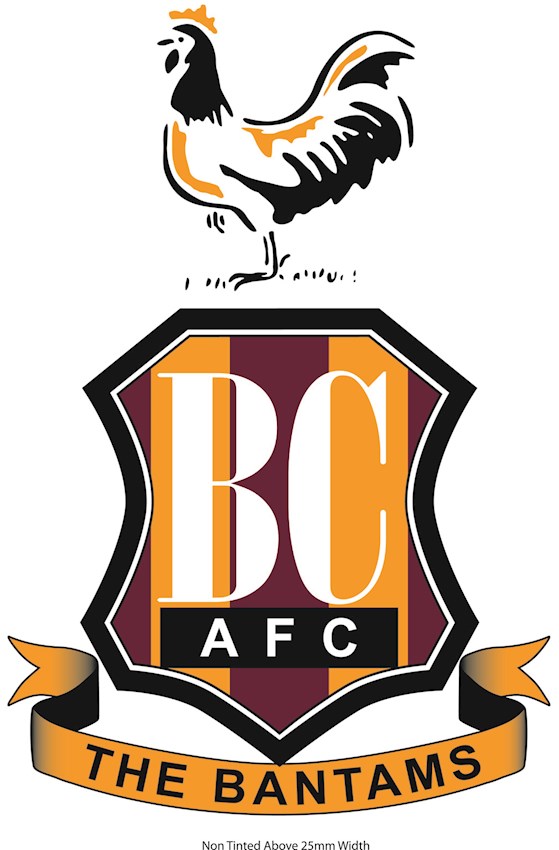 Carlisle United will round off their pre-season fixture schedule with a home game against Bradford City on Saturday 28 July, kick off 3pm.

The meeting with the League One outfit will see a return to Brunton Park for popular former-manager Greg Abbott as he continues to settle into his new role as assistant manager at Valley Parade.

We are quite friendly!

This game sees the sides rekindle their pre-season love affair as this becomes the third July meeting between the teams in the space of the last four seasons.

The away game in 2015 saw the hosts claim a 2-0 victory, with the Cumbrians creating plenty of chances along the way.

Fast-forward a year and James Hanson and Filipe Morais did the damage as they bagged the goals to record the same end result for Stuart McCall’s side during the summer of 2016.

The teams have met a total of 49 times in all competitions with United having won 16, drawn 13 and lost 20 of the games.

The last time these sides met at Brunton Park was for a League One clash in February 2014. Lee Miller scored the only goal of the game with a stunning overhead kick which left Jon McLaughlan with no chance as it whipped into the roof of his net.

Watch the highlights from that game here (and do you recognise the keeper?):

Tha result was sweet revenge for the Blues who had gone down to a crushing 4-0 defeat in the first away game of the 2013/14 campaign.

The Bantams finished eleventh in League One last season after a solid campaign and they’ll be looking to improve on that this time round with new manager Michael Collins now at the helm. Assisted by former-Bradford favourite Greg Abbott, the boss certainly has a wealth of League One experience to draw on.

Also making a return to Brunton Park [should his recent knee injury allow him to travel] is striker Charlie Wyke, who bagged an impressive 39 goals in 89 appearances during his two-year stay in Cumbria. A further 23 goals in 62 run outs for the Bantams has caused intense speculation that he's set for an August transfer window move, but he remains at Valley Parade as we speak.

Carlisle United season ticket holders have until 5pm on Friday 27 July to guarantee their seat.

The Warwick Road End, EWM Stand and the Cumberland Community Stand will all be closed for this fixture.

Take a look at our handy Away Fans Guide by clicking HERE.

Away supporters will be housed in the Pioneer Stand away section, as detailed in the above guide.

Away fans are welcome to use the Sunset Suite [located on the west side of the stadium] or the Fan Zone [west side, adjacent to the entry to Foxy's Restaurant] for pre-match refreshments prior to kick off.

Get in touch with our SLO Nigel Dickinson directly on Twitter using @CUFCSLO or email nigel.dickinson@carlisleunited.co.uk. Alternatively give him a call on 01228 526 237.

United completed their pre-season fixture schedule with a home game against Bradford City on Saturday afternoon with manager John Sheridan taking charge of his first home game at Brunton Park.

United fashioned the first chance of the afternoon with just two minutes on the clock when new arrival Jerry Yates was dragged off the ball 23-yards from the target. Grainger placed it and drilled it round the wall, but O’Donnell was well-placed to drop low and gather it in.

There was drama at the other end when Gary Miller misheard a shout and played the ball back to Fryer. George Miller skipped in to try to nick it, but the stopper was off his line quickly to sweep it away. Liddle recovered to complete the mopping up operation.

“I got a call from Gary [Liddle] and I thought he’d said ‘keeper’ so I turned to play it back,” Gary Miller explained. “He’d actually shouted ‘keep it’ but it was entirely my fault. I was the one to blame, but fortunately I got away with it.”

Carlisle were quickly back on the front foot when Yates used his pace to intercept a loose pass and race down the right flank. His cross was whipped wickedly but it was just too high for Hope.

A moment of skill from Jones brought a round of applause from the crowd when he took control on the edge of his own box. He looked up and spotted Yates on the move, and a pinpoint 40-yard pass sent the wide man on a run. He shaped to shoot but a toe-end from Chicksen took the moment away.

The Blues enjoyed most of the meaningful possession but Payne broke clear just before the half hour to have a go at the target. Liddle made the block and it spun away harmlessly for a corner, which was well defended by the hosts.

There was a scare for United moments later when Robinson fed a ball through from midfield. It took a deflection and that allowed George Miller to nip round the back and go for the target. He got his bearings wrong and dragged it well wide of the upright.

That sparked a good spell for the hosts and one-touch passing between Hope and Devitt took them to the edge of the area. O’Connor got in the way and Wright was able to hook it to safety.

A foul on Glendon brought a quick free kick after Yates was tripped yet again. Hope jumped highest to meet the delivery but his header went straight at O’Donnell.

United ended the half on top and Yates earned a corner when he thumped a grasscutter through bodies. Grainger took the set piece but O’Donnell was off his line before Bennett could pounce.

Hope and Gillesphey had early crosses as Carlisle continued to hold the upper hand and they went close when Bennett tussled for a ball inside the area. Etuhu picked it up and fed it to his left, where Hope arrived at pace. His crisp shot had the stopper beaten but it rattled into the side netting.

A moment of individual brilliance from Yates brought more appreciation from the crowd when the young forward left two defenders in his wake. He unleashed a thunderbolt which smashed into the post and bounced away to safety.

The best moment of the half for the Bantams came with just five minutes left to play when Knight-Percival overlapped on the right. He got behind the back line and fizzed the ball low but it flew untroubled across the face of the target.

And that left it open for Carlisle to grab the bragging rights when Hope took matters into his own hands in time added on. His shot from the edge of the box took a wicked deflection and Richie Bennett kept his eye on it before picking his spot with a neatly guided header.