United return to Brunton Park for their first home game of the new season on Saturday when they play host to Dean Austin’s Northampton Town. 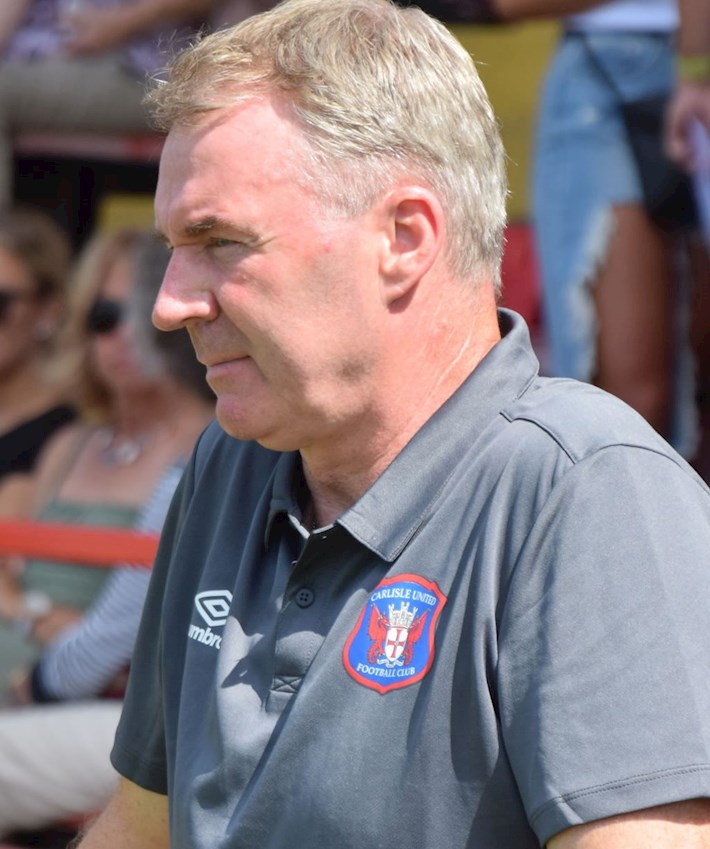 Carlisle boss John Sheridan said: “People know we were disappointed about the result at the weekend, but we aren’t going to dwell on it too much. There are positives and negatives to take from it, we’ve been over it with the lads and we know the areas where we need to improve.

“It’s about looking forward now and making sure we’re ready to put on a performance in front of our home fans on Saturday. The lads want to get off to a good start here and we know that our form at Brunton Park is crucial to what we want to achieve.

“I’m hoping people come along and back us because, and I’ve said this many times before, I know the fans of this club are just waiting to get behind a team that’s playing well and winning games. It’s a game we’re all looking forward to.”

The Cobblers head north having lost their opening fixture last weekend when Lincoln City’s Matt Green stooped low to head home shortly after half time at the PTS Academy Stadium.

Looking to recover from relegation from League One last time round, they’ll be on the hunt for a good start to this campaign having brought in a number of new faces through the summer.

Save £3 on match day prices by purchasing your ticket before 5pm this Friday!

What Northampton manager Dean Austin said about their last outing ...

“It’s a disappointing result but I was delighted with how the boys played. I felt we were the better team but unfortunately we didn’t get the result our performance deserved. There were a lot of positives for us out there today but there are certain things that we know we need to do better.

“We need to work the ball a little bit quicker and if we can do that I think we are going to have a lot of joy. Once Lincoln scored it was never going to be easy and there is no doubt that they are going to be up there this season, but based on our performance today there is nothing for us to fear.

“The boys are gutted but we’ve got to dust ourselves down, re-group and get ready to go again. We have to keep working hard, keep progressing and keep believing in what we are doing.

“There are going to be ups and downs this year and it is not always going to go our way but I believe we have the quality.”

Some of the notable activity at the PTS Academy Stadium through June and July included the season long loan of Joe Bunney to Blackpool. The defender had only just joined on a two-and-a-half year deal in January, but was deemed surplus to requirements.

Keeper Richard O’Donnell also left to join Bradford, in what was another move to catch some by surprise.

Coming the other way were defender Hakeem Odoffin, signed on a two-year deal following his release from Wolves. Other recent dabbles in the transfer market saw striker Junior Morais join for two years from Peterborough and Royals stopper Lewis Ward come in for the season on a loan agreement.

The sides have met a total of 40 times over the years, with Northampton slightly edging it in, terms of victories.

Our last meetings came during the 2015/16 season, with the Cobblers taking all the points from both games. Dominic Calvert-Lewin scored twice for the hosts, with Sam Hoskins also bagging just after half, with Alex Gilliead and Charlie Wyke registering on the score sheet for the Blues in an October 3-2 defeat.

Back at home in the March of that season and a Hallam Hope goal just after the break was little consolation as strikes from John Marquis, John-Joe O’Toole [2] and James Collins secured a comfortable 4-1 away victory for the visitors.

Unfortunately our footage of the memorable 3-0 away victory in March 2006 [including THAT goal from Michael Bridges] was lost in the floods. However, see below for highlights of our 2-0 victory at Sixfields in 2015.

Our match official this weekend in Mr Tom Nield. He was last in charge of a United game just over 12 months ago when we made the long trip south to face Cambridge at the Abbey Stadium.

Reggie Lambe opened the scoring with just eight minutes on the clock but that lead was quickly wiped out when Medy Elito scored from the spot. A close range volley from Tom Parkes brought an infamous dab celebration and restored the lead ahead of half time, and that was that in terms of goals as the Cumbrians went on to win the game. Gary Liddle and Tom Parkes were the Carlisle names to go in the book on the day.