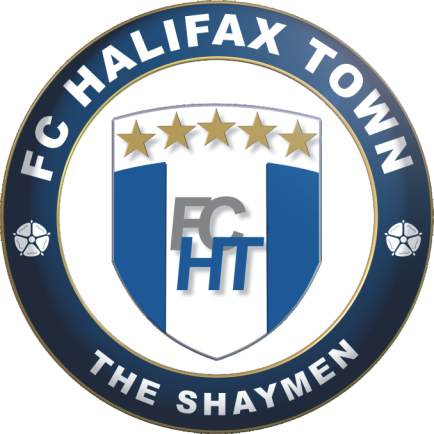 United's penultimate pre-season friendly was the trip to the MBI Shay to face Halifax Town on Saturday afternoon.

Below is a minute-by-minute report from the game:

2' Early determination from Etuhu won United a free kick but Grainger's delivery was headed clear as Hope challenged in the area.

4' A loose pass in midfield allowed Morgan to stride forward with the ball. He went for a long range shot which spun wide of the Carlisle mark.

6' United had a good spell with two corners in quick succession. The yellow shirts closed ranks and cleared the danger.

7' Excellent defending by Grainger at the back post as he cushioned a deep cross into Bonham's hands with a calm movement of his chest.

11' The home side got forward in numbers as Tomlinson linked with Morgan on the left. A low cross was cleared but the striker was there to volley a stinger just past the target from 19 yards.

13' Carlisle had to be on their guard again as MacDonald worked a way into the box. He fizzed a low cross into the area and the flag went up as Tomlinson tried to get a touch.

19' Lambe picked a beauty of a pass to find a run from Adams which left the wide man with just one defender to beat. He appealed for a penalty as he was toppled to the floor but the referee was having none of it.

22' The Cumbrians should have taken the lead when a clipped ball was flicked towards Tom Miller at the back post. He was just four yards out but he was off-balance and he could only head the ball away from the target. Adams popped it back into the mix but Shaun Miller could do nothing as it spun up awkwardly, only to be cleared.

23' Halifax broke from the let-off and MacDonald sent a lovely delivery at Kosylo. He had the goal at his mercy at close range but he took his eye off it at the vital moment and succeeded only in putting his volley out of harm's way, much to the annoyance of his team mates.

29' Tomlinson came away with unexpected possession and appeared to be clean through until Liddle scampered across to make a vital tackle.

33' A real chance for Carlisle as Hope fed Shaun Miller on the left flank. His teasing cross looked to be perfect for Lambe but the wide man missed his header from just five yards out.

38' Hope and Lambe exchanged passes and the latter was left with space to use on the right hand edge of the area. He thumped a raking shot at the far corner but Johnson dived long to beat it away.

44' A long ball forward was helped on by Joyce when he spotted Shaun Miller in close attendance. The forward tried to chip the keeper, who had advanced off his line, but it lacked the power to cause any real problems.

50' Jones dragged a shot wide from distance as it momentarily opened up in front of him.

52' An Adams cross was half cleared and Joyce returned the header as he tried to sneak it under the bar. The keeper readjusted to gather it in.

53' to 70' - A series of rolling substitutions disrupted the flow of the game.

71' The trialist striker was played through for United but his drilled shot was punched away by the keeper.

72' Bonham had to dive low to save with his fingertips as Dixon went for the bottom corner with a crisp effort.

75' Nabi surged forward, Lambe helped out, and Adams was a whisker away as he clipped a stunning shot over the keeper. It dropped just the wrong side of the upright.

77' Tomlinson found Kosylo with a nice touch but the wide man scuffed his shot.

81' A deflected shot from Charles went behind for a corner, and Carlisle defended the set piece well to clear their lines.

83' Nabi raced into the area and cut the ball back but it was hooked away before Lambe could make an impact.

87' Dixon rattled a shot over from 20 yards as he bore down on the back line.

89' Dixon went close again in the closing stages but another wayward attempt left Bonham with nothing to do.

Carlisle United travel to The Shay to face National League side Halifax Town on Saturday 22 July, kick off 3pm.

Fans will be housed in the East Stand on the day of the game and tickets will be available on cash only turnstiles. Ticket prices are as follows: